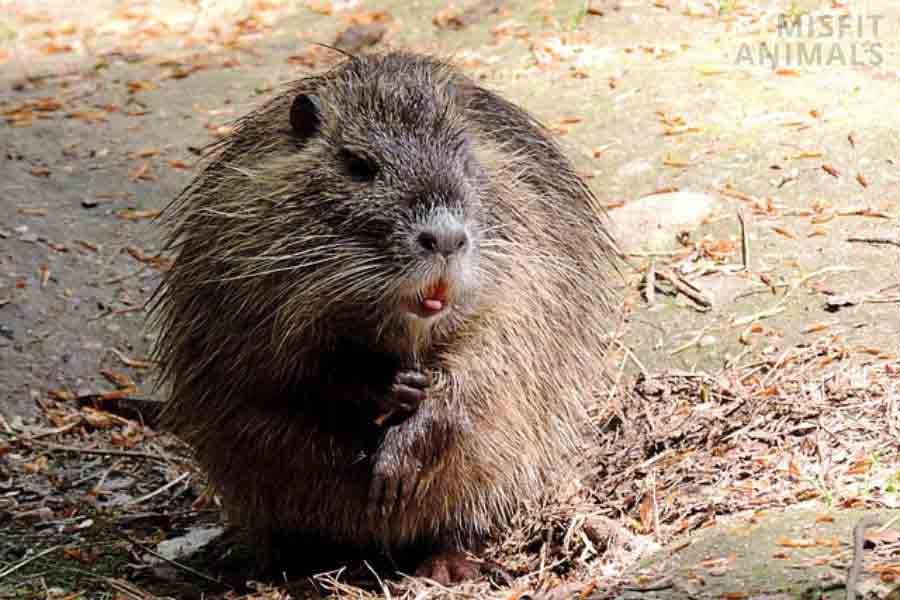 Beavers (genus Castor) are large rodents native to the Northern hemisphere. There are two types of beavers: the American beaver and the Eurasian beaver. They are semi-aquatic rodents, feeding primarily on aquatic plants, twigs, leaves, and bark.

Beavers are interesting animals with many unique features and behavioral habits.

They play an important role in the ecology of many North American ecosystems, and yet there is still a lot that people don’t know about them.

Learn all about beavers’ behavior, habitat, size, and diet, along with five interesting beaver facts.

Here are five facts about beavers that you may not know:

Beavers are rodents, members of the family Castoridae, which contains two extant genera: Castor (the beavers) and Aplodontia (the mountain beaver). They are the largest rodents in North America.

Beavers evolved from a common ancestor with the coypu and the mountain beaver about 35 million years ago. There are two modern beaver species:

Beavers are semi-aquatic creatures that live in freshwater habitats, such as lakes, rivers, and streams.

They build dams and lodges out of sticks and mud, which they use for shelter and as a base from which to forage for food.

The North American beaver is smaller on average but has a larger maximum size. They typically weigh about 44 pounds (20 kg) but can grow up to 72 pounds (36.5 kg).

They are found in Canada, Alaska, and the northern United States. North American beavers build their dams out of sticks and mud, and their lodges are typically made up of two large rooms.

The Eurasian beaver is larger than the North American beaver on average with an average weight of 47 pounds (21.3 kg). They can grow up to 66 pounds (30 kg).

They are found in Europe, Asia, and parts of northern Africa. Eurasian beavers build their dams out of stones and mud, and their lodges are made up of 6-8 individual rooms.

Beavers are large rodents with stout bodies and large tails. They have short legs and webbed feet, which help them swim powerfully through the water. Beavers also have sharp incisor teeth that they use for gnawing on wood.

Beavers have a thick coat of fur that helps keep them warm in the cold water they live in. The top layer of their fur is waterproof, which helps keep them dry even when they are submerged underwater.

They also have a layer of fat under their skin that provides additional insulation.

The beaver tail is one of the most distinctive features of this animal. It is large, flat, and covered in scales.

The tail is used as a rudder when swimming, and also serves as a storage area for fat. This fat provides energy for the beaver when food is scarce.

How Long Can Beavers Hold Their Breath?

Beavers can hold their breath for up to 15 minutes[1]. This is necessary when they are swimming underwater to escape predators or to find food.

The beaver’s ability to hold its breath for such a long time is mainly due to two adaptations:

The beaver’s myoglobin levels are so high that its muscle tissue is actually darker in color than other animals.

This extra myoglobin allows the beaver to stay underwater for longer periods of time without running out of oxygen.

Beavers are found in freshwater habitats, such as lakes, rivers, and streams. They build their dams and lodges in these areas and use them as a base from which to forage for food.

Beavers are found in freshwater habitats in North America, Europe, Asia, and parts of northern Africa.

While most people believe that beavers live in dams, this is not true. They live in lodges behind their dams.

Beavers build their initial lodge during the first year, but they improve on it every subsequent year. They rarely move, only doing so if there’s a lack of food or an abundance of predators.

Beavers are semi-aquatic creatures that spend most of their time in the water. They are excellent swimmers and can hold their breath for several minutes underwater. Beavers use their webbed feet and tails to help them swim powerfully through the water.

Beavers defend their territory from other animals, including other beavers.

If two beavers meet on neutral ground, they will often fight for dominance. The losing beaver will usually leave the area and find a new place to live.

As nocturnal animals, beavers are most active at night. During the day, they rest in their lodges or in burrows that they have dug out on the banks of streams and rivers.

While beavers are mostly solitary creatures, they do live in family groups consisting of a breeding pair and their young. These family groups generally stick together until the young beavers are old enough to strike out on their own.

Beavers are herbivores, and their diet consists mostly of aquatic plants. They also eat tree bark, leaves, and twigs. Beavers use their sharp teeth to fell trees, which they then use to build their dams and lodges.

Beavers generally eat whatever vegetation is available in their habitat[2]. As they live in freshwater habitats, they often feed on aquatic plants.

Aquatic plants such as water lilies, sedges, and cattails make up the majority of their diet, but they also eat tree bark, leaves, and twigs.

Beavers fell trees to use as food or building material for their dams and lodges. They will also gnaw on wood to sharpen their teeth.

Contrary to belief, beavers do not eat wood. They eat other parts of the tree (the bark, twigs, and leaves), but use the wood and trunk itself for building.

There are few animals that prey on beavers. These include predators such as coyotes, bears, and wolves. But the biggest threat to beavers is humans.

Humans have hunted beavers for their fur since the early days of North American settlement. Beaver pelts were used to make hats, coats, and other garments.

Today, beaver fur is still used in the fashion industry, but it is not as popular as it once was. As a result, the beaver populations have recovered in many areas.

Common threats to beavers include the following:

Beavers are also threatened by habitat loss and pollution. Dams and lodges built by beavers can cause flooding, which damages property and disrupt the ecosystem. Beavers are sometimes killed in an effort to control this problem.

Despite these threats, beavers are doing well in North America. Their populations are stable or increasing in most areas. The same is true for European beavers, as reintroduction programs have been initiated in recent years.[3]

Beavers reproduce sexually, and the female beaver gives birth to a litter of 2-4 kits (baby beavers) per year. The kits are born blind and helpless, and they stay with their mother for the first years of their lives.

The beaver life cycle is relatively short, as most beavers only live for 5-10 years in the wild. Captive beavers have been known to live for up to 20 years.

As beavers grow older, they become less active and their fur begins to turn gray. Eventually, they die of old age, predation, or due to other causes.

Beavers have long been hunted for their fur. In the early days of North American settlement, beaver pelts were used to make hats, coats, and other garments. Today, beaver fur is still used in the fashion industry, but it is not as popular as it once was.

Like all other wild animals, humans are the biggest threat to beavers. While they are generally not aggressive towards humans, they are still hunted because of their fur.

In recent years, there has been an increased effort to increase the beaver population, rather than hunt them.

Despite these threats, beavers play an important role in the ecosystem. They help maintain water levels, and their dams create habitats for other animals.

Beavers are also an important part of the food chain, and their role in the ecosystem makes them worth protecting.

Beaver populations are stable or increasing in many parts of North America. But, they are still threatened by habitat loss and pollution. Beavers are protected by law in some areas.

Beaver populations are slowly recovering in many areas[4. They still face many threats, and their future is uncertain.

Fortunately, with proper management and conservation efforts, beaver populations can rebound in many areas:

The International Union for the Conservation of Nature (IUCN) lists the beaver as a species of “least concern”.

This does not mean that beavers are not threatened. They are still at risk from habitat loss, pollution, and disease.

Yes, beavers are herbivores. They are rodents, and like all rodents, their diet consists mostly of plants. They eat the leaves, twigs, and bark of trees and shrubs, as well as aquatic plants.

Where Are Beavers Found?

Beavers are found throughout North America, Europe, and Asia. They live in areas with freshwater streams or rivers and plenty of trees. Beavers build their homes, called lodges, out of sticks and mud in these watery areas.

Do Beavers Have Webbed Feet?

Yes, beavers have webbed feet. This helps them swim better and move more easily through the water. Webbed feet are also useful for walking on soft and muddy ground. Beavers use their webbed feet to kick mud and debris behind them as they build their lodges.

How Fast Can a Beaver Swim?

Beavers are very good swimmers and can swim up to 5 mph. Their webbed feet and rudder-like tails help them move quickly through the water. Beavers often use their swimming skills to escape from predators, such as coyotes, wolves, and bears.

What Biome Do Beavers Live In?

Beavers typically live in forested Biomes. These are areas of land that are covered mostly by trees. Forested biomes can be found all over the world, from North America to Europe to Asia. Beavers need freshwater streams or rivers to build their lodges, so they typically live near these water sources.

Yes, beavers are rodents. Rodents are a type of mammal that includes mice, rats, squirrels, and other small animals. Beavers are the largest rodents in North America. They can grow up to 4 feet long and weigh up to 60 pounds.

How Many Species of Beavers Are There?

What Do Beavers Eat?

Beavers eat plants as they are herbivores. Beavers eat the leaves, twigs, and bark of trees and shrubs, as well as aquatic plants.

How Do Beavers Get Their Food?

Beavers use their sharp teeth to gnaw on the bark of trees and shrubs. They also eat aquatic plants that they find in streams and rivers while swimming.

How Strong is a Beaver’s Bite?

What Do Beavers Use Their Tail For?

Beavers have a flat, paddle-shaped tail that they use for swimming and balancing. When beavers are swimming, they use their tails to help them move through the water. They also use their tails to prop themselves up when they’re working on their lodges.

Do Beavers Mate For Life?

Yes, beavers mate for life. Once a beaver finds a mate, it will stay with that mate for the rest of its life. Beavers mature when they are about two years old.