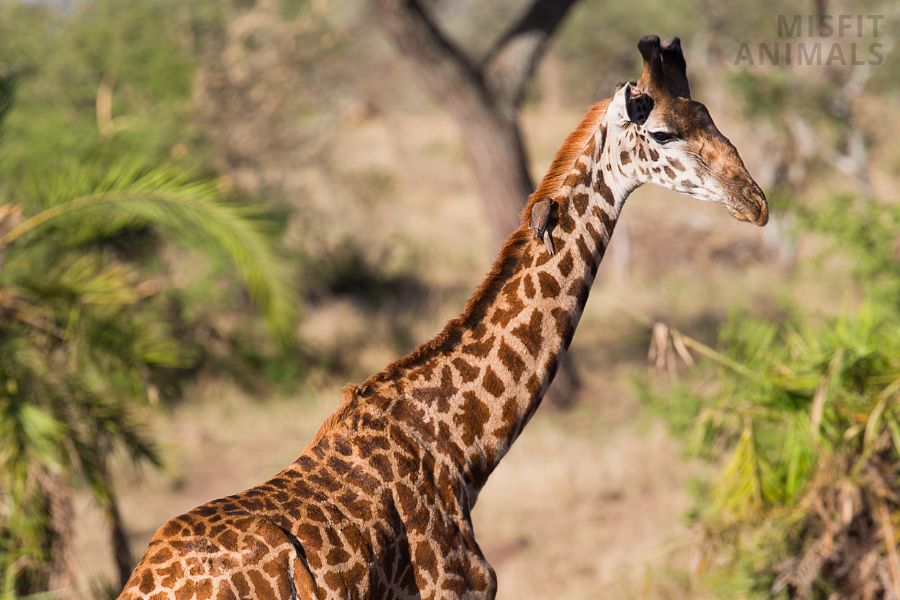 If so, then you’ll love this list of ten majestic animals that chew cud.

These awe-inspiring creatures come from all over the world and range in size from the tiny nyala to the towering giraffe.

Read on to learn more about these fascinating creatures in this article.

Cud is a portion of food that is regurgitated and chewed again. This process is known as rumination, and it allows animals to better digest their food.

Here are a few animals that chew cud:

Antelopes are ruminant mammals of the family Bovidae. They include gazelles, buffaloes, bison, and many other animals, all of which chew the cud.

The word “antelope” is often used to refer specifically to members of the genus Gazella, which includes many popular species such as the Thomson’s gazelle, the springbok, and the gerenuk.

However, antelope are not a taxonomic group; they do not form a clade, but rather a paraphyletic assemblage. Taxonomically, antelopes are part of the clade Ruminantia, which also includes the deer and the buffalo.[1]

Auroch, the primary animal that chews the cud, is a large, wild ox that was once found throughout Europe, Asia, and North Africa. The aurochs is the ancestor of domestic cattle. It went extinct in the wild in the early 20th century but has been successfully reintroduced into some areas.

Aurochs were massive animals, with bulls reaching a height of 6.5 feet (2 meters) at the shoulder and weighing up to 3,000 pounds (1,360 kilograms). Cows were somewhat smaller. They had dark brown or black fur, which was sparse on the body but thicker around the head and neck, long horns that curved upwards and back, and a hump on their shoulders.[2]

They were social animals that lived in herds of up to 100 individuals. These herds were led by a dominant bull, with cows and young calves forming the majority of the group.

The aurochs were powerful and aggressive animals and were not afraid to attack humans if provoked. They were hunted for its meat, hide, and horns, which were used to make tools and weapons.

Beira is a type of antelope that is native to Africa. It is one of the few animals that chew the cud, which means that it regurgitates its food and chews it again. This process helps the Beira to extract more nutrients from its food.

The Beira is a herbivore that primarily feeds on grasses. It is a social animal and often forms herds.

It is an important prey species for predators such as lions and leopards. However, the population is declining due to habitat loss and fragmentation. As a result, the Beira is classified as vulnerable by the International Union for Conservation of Nature (IUCN).[3]

The dibatag, also known as the African gazelle, is a species of antelope found in Africa. The dibatag is a herbivore that feeds on grasses and other vegetation. Like other cud-chewing animals, the dibatag has a four-chamber stomach that allows it to digest its food properly.

The dibatag is a fast runner and can reach speeds of up to 60 kilometers per hour. Although it is not endangered, the dibatag is hunted for its meat and horns. The horns are used in traditional African medicine.

It is a member of the order Artiodactyla, which includes all even-toed ungulates. Other members of this order include cows, pigs, deer, and giraffes. Even-toed ungulates are distinguished from other mammals by their weight being borne equally by the third and fourth toes.

As it is native to Africa, it can be found in countries such as Ethiopia, Kenya, Somalia, and Sudan. It prefers habitats with short grasses and avoids areas with dense vegetation.

The dibatag is an important animal in the African ecosystem. It plays a role in controlling the population of grasses and other plants. If the dibatag population decreases, there could be an increase in the amount of vegetation, which could lead to problems such as soil erosion.

Giraffes are known for their long necks, which they use to reach leaves high in trees. But did you know that these animals are also ruminants? Ruminants are mammals that have four-chambered stomachs specifically adapted for digesting plants.

When giraffes eat, they swallow their food whole and store it in the first chamber of their stomach (the rumen)[4]. Later, when they have time to rest and digest, they regurgitate their food and chew it again (this is known as cud).

The cud helps giraffes extract more nutrients from the plants they eat. Giraffes are selective eaters, which means that they only eat certain types of plants. By chewing their cud, they can get more nutrients out of these plants and stay healthy.

Giraffes are not the only animals that chew cud. Other ruminants include cows, sheep, and goats. These animals all have four-chambered stomachs that help them digest plants better.

The Eurasian Elk (Alces alces) is a member of the deer family and the largest extant species in the deer genus. The elk is one of the few remaining species of megafauna still alive today. Megafauna is defined as large animals with a body mass greater than 44 kg (100 lb).

They are herbivores and primarily eat grasses and other plants. They also chew cud, which helps them digest their food.

Gaur, also called Indian bison, are the largest extant bovine. They are native to South Asia and Southeast Asia. They are among the largest of land animals, but despite their large size, they are very agile. They typically inhabit evergreen forests with dense foliage and understory.

The gaur mostly feeds on grasses but does also eat leaves, fruits, and bark. They are known to uproot entire trees to get at the leaves. Gaurs are very social animals and live in herds of up to 100 individuals. These herds are led by a dominant male.

Chamois are relatively small animals, with males reaching a maximum weight of around 80 kg (180 lb) and females around 65 kg (143 lb). They are sexually dimorphic, with males being larger and having longer horns.

They have a reddish-brown coat in summer which turns to a greyish-brown in winter. Their faces are marked with a white triangle between the eyes, and they have a black stripe running down their backs.

As herbivores, they spend most of their time grazing on grasses, herbs, and shrubs. They also eat lichens, mosses, and leaves. In winter, when food is scarce, they have been known to eat bark and twigs.

Chamois typically live in herds of 10-30 animals, but herds of up to 100 have been observed. These animals are very social and will often be seen grooming each other.

Eland are a type of African antelope. They are the largest living antelope and can reach up to six feet at the shoulder and weigh over two thousand pounds.

Elands are one of the few animals that chew the cud, a process where food is regurgitated and then chewed again to break down further before being digested. This allows elands to extract more nutrients from their food, which is important in Africa where food can be scarce.

They are mostly herbivorous, eating a variety of grasses and foliage. They also eat fruit, nuts, and seeds when available. Because of their hardy nature, they can go long periods without drinking water, getting most of the moisture they need from the plants they eat.

Elands are found throughout Africa, although they are most common in the savannahs of eastern and southern Africa. They are social animals, living in herds of up to several hundred individuals.

Not only are they strong runners, but also excellent swimmers and can even cross rivers that contain crocodiles.

The Imbabala, or Cape Bushbuck, is a browser and grazer. They have a four-chambered stomach that ferments their food so they can extract the most nutrients. Their diet consists of mostly grasses, but also leaves, twigs, and fruits.

Imbabala is a member of the order Artiodactyla, which includes all even-toed ungulates. Even-toed ungulates are mammals with an even number of toes on each foot; think cows, pigs, deer, and giraffes. The order also includes some less familiar animals like camels and llamas.

Imbabala is in the subfamily Alcelaphinae, which contains hartebeest, wildebeest, and allies. There are 19 species in this subfamily.

Imbabala is the only member of its genus, Alcelaphus. Its closest relatives are the hartebeests (Alcelaphus sp.).

Why Do Giraffes Constantly Chew?

Giraffes are browsers, meaning they primarily eat leaves from trees. But these leaves are not easy to digest and are actually quite low in nutrients. In order to get enough nutrition from their food, giraffes have to consume a lot of it. And that means they spend a good portion of their day chewing.

What Does Chew the Cud Mean?

The phrase “chew the cud” is derived from the practice of ruminant animals, such as cows and sheep, who chew their food for a second time before swallowing. This process allows them to extract more nutrients from their food and also helps to prevent indigestion.