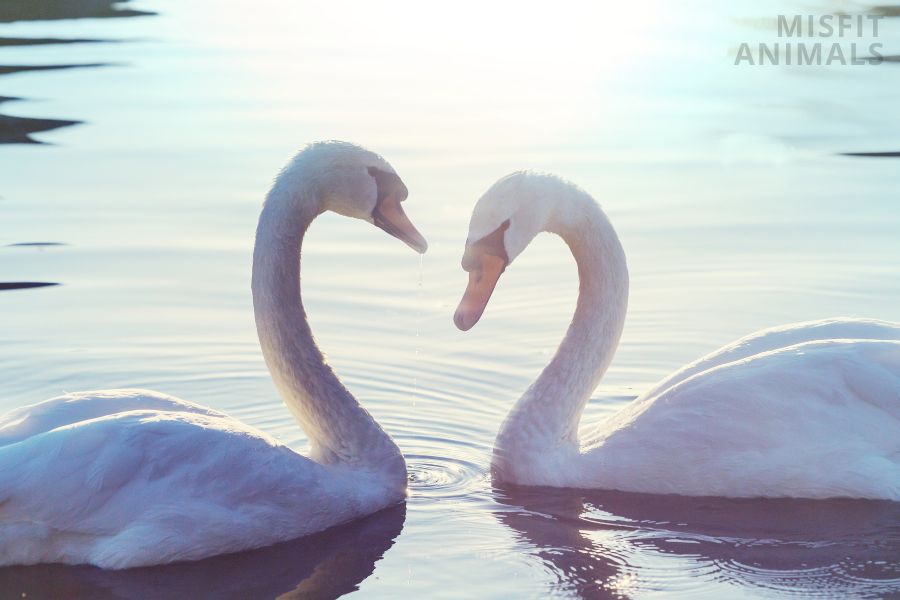 Have you ever seen an animal with a really long neck? There are some animals out there that have shocking necks, much longer than you expect.

In this blog post, we’re going to take a look at ten of the most extraordinary animals with long necks. Whether they use their long necks for hunting or protection, these animals have mastered the art of living with long necks.

Most animals have necks proportionate to the rest of their bodies. But there are a few exceptions. These animals have unusually long necks, which help them reach food or avoid predators.

Here are 10 animals with long necks:

Giraffes are one of the world’s most recognizable animals, thanks to their long necks. Their necks average six feet in length. These gentle giants are the tallest land mammals on Earth, and they can weigh up to 1,930 kg (4,250 lb).

Giraffes are native to Africa, and they can be found in countries like Kenya, Tanzania, and South Africa. They are herbivores and spend most of their time eating leaves from trees[1]. Giraffes are very social creatures, and they often travel in groups called herds.

While giraffes look slow and clumsy, they can run very fast. They can reach speeds of up to 35 mph (56 km/h). Giraffes are also very good at swimming, despite their long necks.

Gerenuk are a species of antelope that are characterized by their long necks. Their necks average 7-10 inches.

The name “gerenuk” comes from the Somali word meaning “giraffe-necked.” These animals are found in dry, arid habitats in Africa and Asia.

Gerenuks are relatively small, standing about three feet at the shoulder. They have long, thin legs and necks, and their tails are very short[2]. Males and females look similar, although males are slightly larger. They have reddish-brown fur that is lighter on the underside.

These animals are browsers, meaning they feed on leaves and twigs rather than grasses. They are very selective eaters, and only consume the most nutritious parts of plants. Gerenuks use their long necks to reach leaves that other animals can’t reach.

Ostriches are the largest living birds in the world, with necks up to 39 inches. They can weigh up to 450 pounds. Despite their large size, they can run up to 40 miles per hour.

Ostriches have long necks which help them to see over tall grasses and other obstacles. Their diet consists mostly of plants, but they will also eat insects, lizards, and small mammals.

These creatures are native to Africa but can now be found in zoos and farms all over the world.

The swan is a large waterbird with a long neck of up to 60 inches and an elegant appearance. It is native to Europe, Asia, and North America. The swan is a symbol of grace and beauty. It is also a popular bird for print and film.

Adult Swans have all-white plumage, although the head and neck of some birds may be stained with yellow from iron and other minerals in the water. The bill is black with a small knob at the base of the upper mandible.

The legs and feet are greyish-black. The webbed feet have an unusually high number of nerves and blood vessels, which helps the bird feel changes in the water temperature and pressure. This makes them very sensitive to changes in their environment and helps them avoid predators.[3]

The camel is an even-toed ungulate within the genus Camelus, bearing distinctive fatty deposits known as humps on its back. Their neck reaches up to 60 inches.

Both species have long necks and elongated skulls, with narrow slits for eyes.

Camels are used as working animals in many parts of the world, particularly in desert regions. They are known for their ability to go for long periods of time without drinking water.

The neck of a rhea is long and slender and can reach up to 58 inches. The long neck of the rhea allows it to reach high into trees to browse on leaves and buds.

Rhea is a genus of large flightless birds native to South America. The genus consists of two species, the Greater Rhea and the Lesser Rhea. Both species are similar in appearance, but the Greater Rhea is larger in size.

Rheas are members of the ratite family, which includes other flightless birds such as ostriches, emus, and kiwis. Ratites are distinguished from other birds by their lack of a keel on their breastbone, which is where the flight muscles are attached in flying birds.

The lack of a keel means that ratites cannot fly, but they make up for this by being excellent runners. Rheas can reach speeds of up to 50 kilometers per hour.

Rheas are found in open grasslands and savannas of South America. They are social animals and live in groups of up to 40 individuals. The group is led by a dominant male, and all members of the group help care for the young.

Emus are large birds and look similar to ostriches. Their necks reach about 12 inches.

Emus are flightless birds native to Australia. They are the largest bird in the world by height, only beaten by ostriches in terms of body mass. Emus can run at speeds of up to 50 kilometers per hour (31 mph) and can cover great distances with little effort.

Their long necks allow them to reach heights of up to 2.5 meters (8.2 ft). They use their beaks to tear grass and other plants. Emus are also known to eat insects, lizards, and small mammals.

Emus are not typically considered to be dangerous, but they have been known to attack humans when provoked. In general, they are gentle and inquisitive creatures.

Alpacas are known for their ability to spit, and for their long necks reaching up to 24 inches.

Alpacas are a domesticated species of South American camelid. They resemble llamas and are often confused with them. Alpacas are kept as livestock for their fiber and meat.

They are native to the Andes Mountains in South America. They were first domesticated by the Inca people of Peru. Alpacas were imported to the United States in 1984.

There are two breeds of alpacas, the Huacaya and the Suri. The Huacaya is the more common breed and has dense, crimped fiber. The Suri has long, silky fiber that hangs in ringlets.

Flamingos are known for their long necks and legs and their bright pink feathers. They are often considered to be one of the most beautiful birds in the world. The longest flamingo on record was over five feet tall. The average height of a flamingo is three to four feet.

The flamingo is a type of wading bird in the family Phoenicopteridae, the only family in the order Phoenicopteriformes. Scientists believe there are six extant (living) flamingo species.

Flamingos are very social birds. They often build their nests close together. They live in large flocks near lakes, marshes, mudflats, and rivers. A group of flamingos is called a flamboyance.

The primary food sources for flamingos are brine shrimp, blue-green algae, and crustaceans.

Jabirus are a type of bird with a long neck, reaching up to 48 inches. They are native to Africa and Asia and are the largest member of the stork family. Jabirus are generally found near water, as they feed on fish, amphibians, and reptiles.

What Animal Has the Longest Neck?

The animal with the longest neck is the giraffe. A giraffe’s neck can be up to 8 feet (2.4 meters) long, which is about half the animal’s total body length. The neck is used for feeding, as the giraffe can reach leaves high up in trees that other animals can’t reach. The long neck also helps the giraffe to keep watch for predators.

Which Bear Has the Longest Neck?

Why Do Ostriches Have Long Necks?

Ostriches have long necks for a number of reasons. First, their neck helps them see over the tall grasses in which they live. This gives them a better view of predators and other threats. Additionally, their long necks help them to reach food that is out of reach for other animals. Finally, their neck provides them with extra protection from the hot sun.