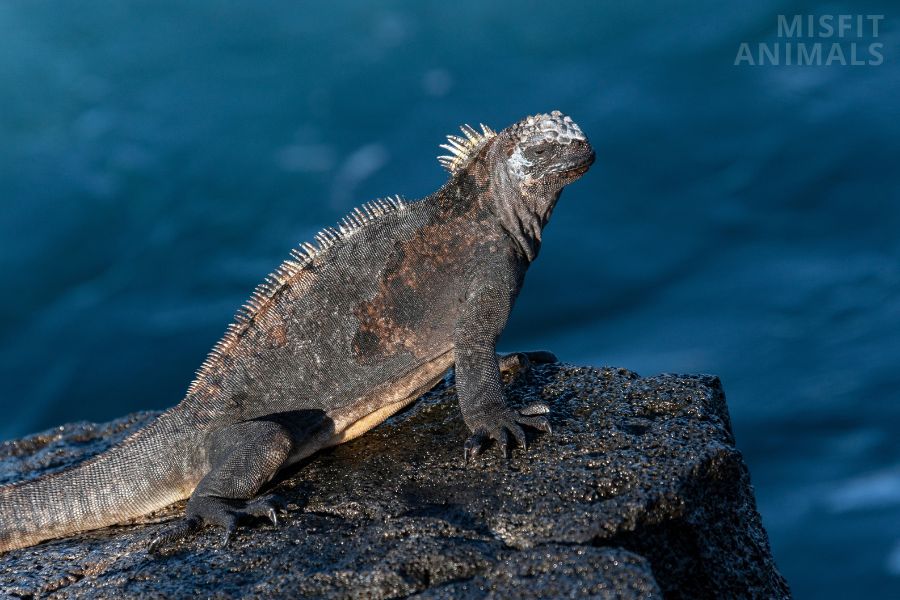 Do you love animals? Do you enjoy spending time outside in nature?

If so, then you’re going to love this list of the top 10 most interesting semi-aquatic animals in the world.

These are animals that can live both in water and on land. These creatures are sure to fascinate and amaze you with their unique abilities and adaptations.

Semi-aquatic animals have the ability to live and thrive both in water and on land. This makes them well-suited to environments that are not entirely wet or dry.[1]

Some examples of semi-aquatic animals include beavers, otters, seals, and sea lions. Here are a few more animals that you’ll definitely find interesting.

Platypuses are semi-aquatic animals that live primarily in Australia. They are known for their unique appearance, with a duck-like bill and webbed feet.

Despite their small size, they are excellent hunters, using their sensitive bills to find prey on the bottom of streams or rivers. The platypus can also be found in zoos around the world, where they are a popular exhibit.

There are two species of platypuses:

The platypus is an egg-laying mammal, with the female laying up to three eggs at a time. The young platypuses are born blind and hairless and must be cared for by their mother for several months before they are able to fend for themselves.

Water opossum is a semi-aquatic animal that inhabits the diverse range of water bodies found in South America[2]. The Water Opossum is adapted to this variable range of environments and has developed several unique traits that allow it to thrive in these varying conditions.

The Water Opossum is primarily found in the Amazon Basin and its surrounding waters, such as the Río Negro River. It inhabits bodies of water including lakes and ponds, as well as rivers and streams.

This animal is a good swimmer and can easily traverse through these varied environments without any difficulty. It also spends a considerable amount of time on land.

One of the most interesting traits of the Water Opossum is its webbed feet, which make it an excellent swimmer. These webbed digits help propel the animal through the water.

In addition to these webbed feet, another notable adaptation of this species is its streamlined body shape. This elongated and hydrodynamic form helps reduce drag as the animal moves through the water, allowing it to swim with greater efficiency.

Sloths are a type of semi-aquatic animal that lives primarily in South America. They are well-adapted to their habitats, with suited features including webbed feet and long claws for climbing trees as well as a flattened tail for swimming.

This allows them to move seamlessly between their treetop habitats and nearby water sources, such as rivers.

While they spend most of their time in the treetops, sloths often go down to water sources such as rivers to drink or take a bath[3]. Sloth behavior is unique in that they have very slow metabolisms, allowing them to survive on a very low-calorie diet of leaves and twigs.

The Allen’s Swamp Monkey is a semi-aquatic primate that can be found inhabiting the swampy areas of Africa. These animals are small and completely covered in fur, which helps them blend into their environment.

They have short legs and long arms, which allow them to easily navigate through thick vegetation and water as they forage for food. Allen’s Swamp Monkeys are omnivorous, meaning they will eat both plants and animals, but their diet consists mostly of fruits and insects.

Despite their small size, Allen’s Swamp Monkeys are very social creatures. They live in large groups of up to 100 individuals, and each group has a strict hierarchy. Females and young males generally occupy the lower ranks, while the older, more experienced males hold the higher positions.

These animals are very vocal and communicate with each other through a variety of sounds, including screams, grunts, and barks.

Allen’s Swamp Monkeys are one of the few semi-aquatic primates in the world, and their unique lifestyle has allowed them to survive in a wide variety of habitats. They are found throughout sub-Saharan Africa and can be found living in the forests, marshes, and wetlands that make up this region.

Beavers are semi-aquatic animals known for their ability to build dams and lodges in bodies of water. They are found throughout North America and have been a key part of ecosystems for centuries due to the many benefits they provide.

They are unique mammals that are well adapted for living both on land and in water. Their bodies are stout and muscular, with short legs that help them move easily through the water. Their tails are long and flat, which acts as a rudder when swimming and also helps them balance when they are standing on their hind legs.

Beavers have webbed feet, which assist them in swimming, and their fur is thick and oily, providing protection from the cold and water.

Being powerful swimmers, they can stay underwater for up to 15 minutes at a time. They use their tails to store fat, which provides them with energy and insulation when they are swimming in cold water. Beavers are also excellent climbers and can scale trees with ease.

Capybaras are large rodents of the genus Hydrochoerus. The term capybara can also refer to the entire family of cavy, which includes guinea pigs, rock cavies, and other closely related animals.

They are native to South America and can be found in Columbia, Venezuela, Peru, Brazil, Uruguay, and Argentina.

This is the largest living rodent in the world. They can grow to be up to four feet long and weigh up to 150 pounds. Being semi-aquatic animals, they spend a lot of their time in or near the water. They are excellent swimmers and can even dive underwater for several minutes at a time.

Capybaras are social animals and live in groups of up to 30 individuals. They communicate with each other through a variety of vocalizations, including barks, grunts, and clicks. Capybaras are herbivores and their diet consists mostly of grasses and aquatic plants.

Otters are fascinating creatures. They are semi-aquatic animals that spend a lot of time in the water. They also love to play on land and explore their surroundings. The otter can be found in a wide range of habitats across the globe, including streams and rivers, estuaries, coastal waters, and even lakes.

The most well-known and easily recognizable species of otter is the sea otter. This creature has a streamlined body that is perfectly adapted to swimming, diving, and hunting underwater.

It uses its webbed paws to propel itself through the water, and it has a short fur coat that helps it stay warm in cold ocean waters.

Penguin are a type of flightless bird that lives in the southern hemisphere. They are excellent swimmers and can dive to depths of over 100 meters, but also spend a much time of land.

They are known for their black upper bodies and white lower bodies. This coloration provides camouflage underwater, as the dark upper body blends in with the darkness of the ocean and their white bellies blend in with the light of the surface. Some species of penguins also have markings on their faces that act as further camouflage.

Penguins eat a variety of different types of prey depending on where they live. In some regions, they eat most while in others they eat fish, squid, or even other birds. They use their sharp beaks to tear their food apart.

This bird lives in colonies of up to several thousand individuals. The largest penguin colony is located on the South Island of New Zealand and contains over 1 million penguins!

As predators, they hunt fish, amphibians, reptiles, mammals, and birds. They use their powerful jaws to crush their prey.

Crocodiles are ectothermic reptiles, meaning they rely on the environment to regulate their body temperature. They are cold-blooded animals with thick, scaly skin that protects them from predators and the elements. They also have sharp teeth and a strong tail.

Marine iguanas (Amblyrhynchus cristatus) are native to the Galapagos Islands and are the only marine lizards in the world. These iguanas can grow up to five feet in length and weigh up to 35 pounds.

Marine iguanas are excellent swimmers and can hold their breath for up to an hour. They are dark gray or black in color and have a flattened tail which helps them swim. Their diet consists primarily of algae which they scrape off of rocks in the intertidal zone.

What Is a Semiaquatic Animal?

Semiaquatic animals are creatures that live in the water part of the time, and on land for the rest. These fascinating animals range in size from tiny insects to large mammals like beavers or otters. They have a variety of different adaptations that help them thrive both in and out of the water, including webbed feet, waterproof fur or feathers, and specialized structures for breathing.

What Is the Most Common Adaptation in Semi Aquatic Animals?

One of the most common adaptations seen in semiaquatic animals is webbed feet. This adaptation helps the animal to swim more efficiently through the water by increasing the surface area of the foot that comes into contact with the water. Webbed feet can be found on many different types of animals, including fish, amphibians, reptiles, and birds.