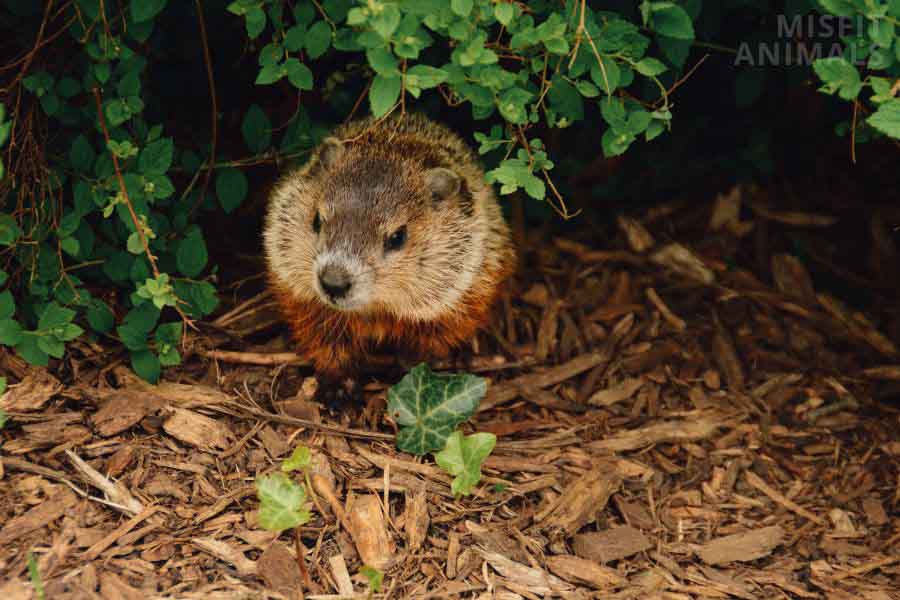 Baby beavers are called kits. They are small, weighing about 9 to 21 ounces (250 to 600 g). They are born with fur and open eyes and are well-developed, as they can swim after just 24 hours.

Beavers are one of the most fascinating animals on the planet, and their babies are just as intriguing as their parents.

While many rodents are born pink, hairless, and helpless, that’s not the case with beavers.

In this article, you will learn some facts about baby beavers, such as what they look like and what they’re called.

What Is a Baby Beaver Called?

A baby beaver is called a kit. They are born in litters of one to four kits. Beaver kits are born with open eyes and fur, and they grow fast. and are quickly to help their parents build dams and lodges.

Baby beavers are known as kits.

The mother beaver takes care of her young for the first few weeks, but the kits are soon able to fend for themselves.

At around two months old, they begin to explore on their own and learn how to build dams and lodges.

Beaver kits are born well-developed. They have fur and open eyes, able to swim after 24 hours. They are still small, weighing approximately 9–21 ounces.

Beaver kits are born small, but well-enabled to move around. After 107–128 days of gestation, beavers come out with functioning arms, legs, and eyes.

After 24 hours they can swim, and after two weeks they are weaned.

They are fast growers, reaching between 25–72 pounds when they reach the age of two years old.

Beavers live for 10 to 12 years in the wild. When they turn 2 years old, they are considered adults and leave their family lodge. They then fend for themselves.

The average lifespan of a beaver in the wild is about 12 years. However, baby beavers have a much shorter life expectancy.

Only about 50-75%[1] of baby beavers survive their first year. This is in part due to traps, predators, and diseases.

During their first year, baby beavers must learn how to build their lodges, store food, and protect themselves from predators.

They also have to learn how to swim and walk on land. All of these skills are necessary for survival in the wild.

They are weaned after two weeks, whereafter they eat solid food foraged by their parents.

As baby beavers grow older, they begin to help their parents with lodge building and food storage.

They are typically fully grown at the end of their second year, able to forage and fell trees on their own.

Beavers leave the nest when they reach maturity and adulthood. They reach this stage between the ages of two and three, depending on the beaver.

What Sounds Do Baby Beavers Make?

Baby beavers make a variety of sounds, depending on their age and what they are trying to communicate. Newborn baby beavers make a high-pitched squeal when they are hungry or cold. As they get older, their cries will become lower in pitch and longer in duration.

As with most other animals, the newborns make high-pitched sounds to communicate. This is because their vocal cords are not fully developed yet. As they get older, their vocal cords will lengthen and their voices will become deeper.

They make their noises to get their mother’s attention:

Beavers also grunt and whistle to communicate with each other.

What Do Baby Beavers Eat?

Baby beavers drink their mother’s milk until they are around 10-12 weeks old. After this, they eat the same thing as adult beavers: bark, leaves, and twigs.

Beaver kits are weaned at around two months old, but they can continue to eat their mother’s milk for a few weeks after that[3].

Once they’re fully weaned, their diet consists of bark, leaves, twigs, and other plant material.

In captivity, baby beavers can be fed a diet of pellets specifically designed for beavers, as well as vegetables and fruits.

While beavers are mostly peaceful animals that live in harmony with humans, there are certain dangers that baby beavers face that put them at risk:

The first danger for baby beavers is the potential for drowning.

Beavers are very good swimmers but their offspring are not adept at swimming when they first emerge, thought they quickly learn it.

While it is extremely rare, beaver kits can drown if they fall into water that is too deep.

Another danger for baby beavers is predation by larger animals.

Animals such as coyotes, foxes, and even birds of prey see baby beavers as easy prey and attempt to hunt them.

Baby beavers are susceptible to diseases. Beavers are known to carry a number of different diseases that can be to their offspring.

How Fast Do Baby Beavers Grow?

Beavers are one of the fastest-growing mammals on earth. A baby beaver can grow up to four times its birth weight in a few months. They reach their full size when they are between two and three years old.

They grow fast, as is needed to survive in the wild.

What Time of the Year Are Baby Beavers Born?

Most baby beavers are born in the spring, between March and May. Some litters may be born as late as June or early July, but this is less common.

The specific timing varies depending on the location and climate, but most beaver kits are born in the spring.

Beavers mate at the start to late winter, and with a gestation period of a little over three months, the kits emerge in early to late spring.

Beavers mate for life and usually produce one litter of kits per year. The female beaver gives birth to anywhere from one to five kits, though the average litter size is four (anything more than four is rare).

Where Can You Buy a Baby Beaver?

You cannot buy baby beavers since it’s illegal to own them as a pet in most states. You may be able to find them for sale through licensed wildlife rehabilitators if you have the necessary licenses.

Wildlife rehabilitators are people who are specially trained to care for sick, injured, or orphaned wild animals so that they can be returned to the wild.

If you are interested in purchasing a baby beaver, your best bet is to contact your state’s wildlife rehabilitation agency to see if there are any licensed rehabilitators in your area.

You can also check with local animal shelters or humane societies, as they may sometimes have baby beavers available for adoption.

Baby beavers are called kits. They are born with open eyes and well-developed limbs. But, they are still dependent on their parents for everything in the early weeks of life.

Beaver families are very close-knit, and the young kits stay with their parents until they are about two years old.