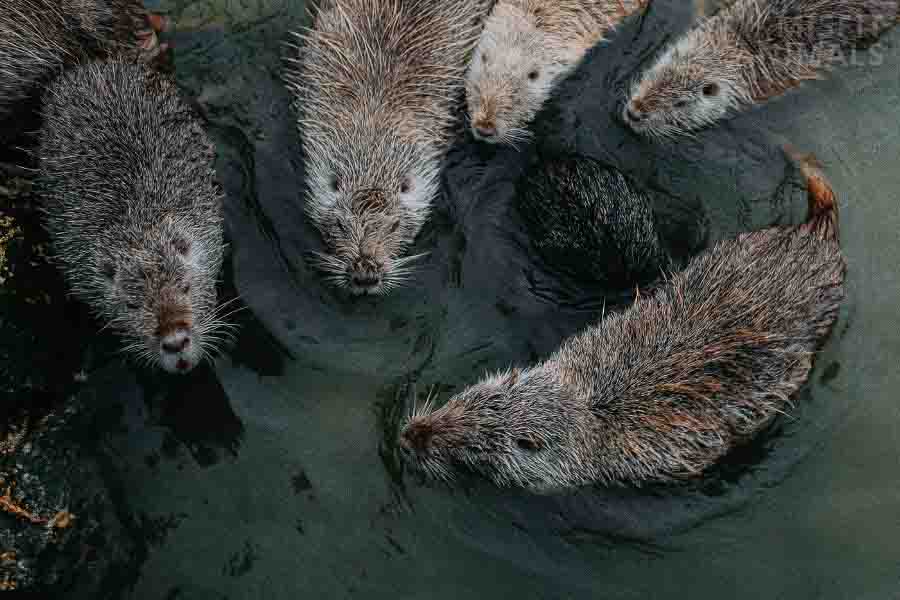 Beavers live for 10 to 12 years on average, while the longest-living beaver lived for 30 years. Their life expectancy is influenced by predators, food availability, and diseases.

Beavers are the largest rodents in North America, and their lifespan reflects that fact.

Their average lifespan is longer than many other animals, and they play an important role in their ecosystems.

Here we will take a closer look at how long beavers live and some of the things that influence their lifespan.

We will also explore some of the unique things about the beaver life cycle that make them so fascinating.

How Long Does a Beaver Live?

The average lifespan of wild beavers is 10 to 12 years, but they are known to live up to 19 years in captivity. There are several factors that can influence how long a beaver lives, such as their habitat, food availability, and overall health.

In general, beavers live a long time. The average lifespan of wild beavers is around 10 to 12 years. They live even longer in captivity.

Beavers in the wild also have to contend with predators, which can shorten their lifespan. However, if a beaver can avoid predators and live in a good habitat with plenty of food, it can have a long and healthy life.

How Long Does a Beaver Live in the Wild?

The average lifespan of a beaver in the wild is 10-12 years. They can live up to 19-20 years, but this is uncommon. When they get old, they also get slow and more susceptible to diseases.

How Long Do Beavers Live In Captivity?

The average lifespan of a beaver in captivity is 18 to 20 years. They live longer in captivity as they always have access to food, and don’t have to worry about predators. They’re also well-cared for, as their caretakers keep them free of diseases.

Beaver Lifespan Compared to Other Rodents

Beavers generally live long lives compared to other rodents, only bested by otters who live up to 15 years in the wild.

Most Common Causes of Death for Beavers

As wild animals, beavers are affected by a number of factors, such as predators, diseases, environmental factors, and food shortages.

These factors are split into three categories: anthropogenic causes (caused by humans), diseases, and unknown or natural causes.

Diseases that can kill beavers:

Factors That Determine the Lifespan of Beavers

The most common factors that affect beavers’ lifespan include diet, habitat, predators, and disease. These can all negatively affect their lifespan in different ways.

As wild animals, beavers have to fend for themselves. They rely on their abilities to forage and avoid predators and can be influenced by potential environmental factors.

Diet is one of the most important factors influencing a beaver’s lifespan. Beavers are primarily herbivores, and their diet consists mostly of aquatic plants and tree bark.[2]

A healthy diet of these foods provides the beaver with essential nutrients that help to keep them healthy and increase their life expectancy.

If there’s a food shortage, beavers may become sick with diseases as their immune system deteriorates. When food runs out, they also have to relocate, putting them in increased danger of being attacked by predators.

Habitat also plays a role in determining a beaver’s lifespan. Beavers that live in areas with clean water and plenty of food sources tend to live longer than those that live in less ideal habitats.

Additionally, beavers that have access to shelter from predators and harsh weather conditions also tend to live longer than those that do not.

Beavers are preyed upon by a variety of animals:

While most predators only kill young or weak beavers, some pose a serious threat to even healthy adults.

Disease is another factor that can affect a beaver’s lifespan. Beavers are susceptible to a variety of illnesses, including rabies, distemper, and mange.

These diseases can easily kill a beaver, especially if they are young or old.

Adult beavers are rodents that are known for their large, flat tails and their abilities to dam streams and create ponds. They are the largest rodents in North America and can weigh up to 60 pounds (27 kilograms).

But before they turn into adults, they go through a few stages.

Beavers live in family groups made up of a mating pair and their young. The young beavers stay with their parents for two years before striking out on their own.

Beavers mate for life and typically have one to three litters of kits (baby beavers) per year. The female beaver gives birth to one to four kits per litter.

Kits are born fully developed, as they can both see and hear right away. They also start swimming as soon as 24 hours after birth.

When Do Beavers Have Babies?

Beavers are sexually mature at age two. Babies are born in the spring and stay with their parents for two years, or until they are old enough to build their own dams.

What is the Longest Living Beaver?

The oldest beaver on record lived 30 years in human care. This lifespan is a testament to the hardiness of these animals.

Beavers are well-adapted to their aquatic environment and have a number of physical and behavioral characteristics that help them to survive and thrive.

They have thick, waterproof fur that keeps them warm in cold water and helps to protect them from predators[3]. Their tails are large and flat, which act as a rudder when swimming and also store fat reserves that the beaver uses for energy in times of need.

Beavers are also very strong swimmers and can stay submerged for up to 15 minutes at a time.

Despite all of these adaptations, they often live for 10 to 12 years in the wild. In captivity, they typically live up to 20 years, while the longest-living beaver lived for 30 years.

How Old Are Beavers as Species?

Beavers are rodents in the family Castoridae. There are two extant species:

The North American beaver is the larger of the two species. The oldest fossil discovered is 7 million years old.

Adult North American beavers typically weigh between 11 and 32 kg (24 and 71 lb). Some individuals can grow to be even larger, with a maximum recorded weight of 24.5 kg (54 lb) for a large female from Alberta, Canada.

The giant beaver is the largest known rodent that ever lived, weighing up to 100 kg (220 lb).

Beaver life spans average about 10 to 12 years but vary depending on a number of factors, including diet, predators, diseases, and habitat. Beavers living in the coldest parts of their range typically have shorter life spans than those living in warmer climates.

In captivity, beavers live for 18 to 20 years, while the longest-living beaver ever lived for 30 years, raised and cared for by humans.