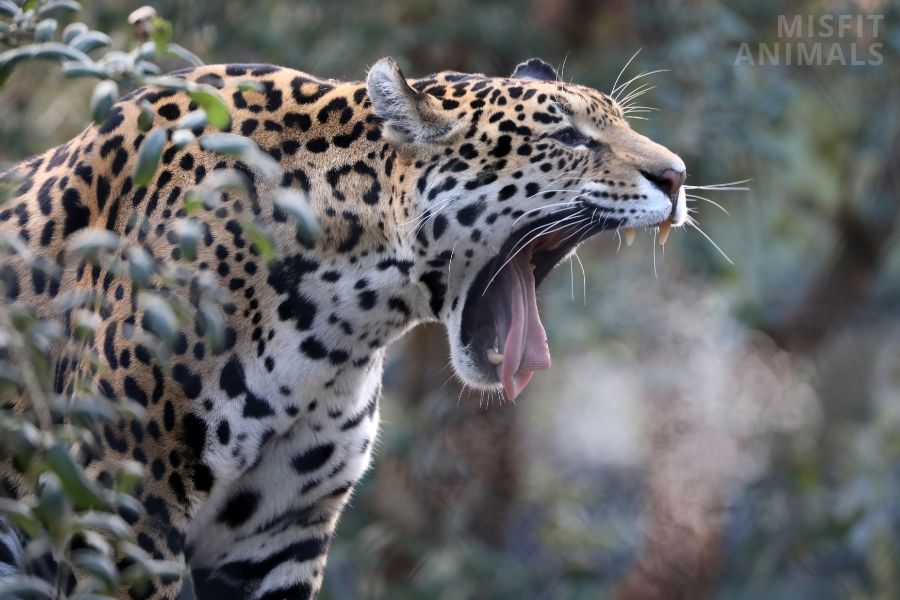 Do you know what animals have the strongest bite force?

In this article, we’ll share some interesting facts about animal biting power and how it relates to their survival in the wild. We’ll also highlight some of the top contenders for strongest biters.

Deadliest Bites in the World: Animals with the Strongest Bite Force

Some animals have powerful bites. But how strong are they? And what does that mean for their prey?

Let’s start with a few of the most popular animals with the strongest bite force, starting from the lowest to the highest:

The Kangal Shepherd Dog is among the largest and strongest of all dogs. It can grow to be over 32 inches tall and weigh over 200 pounds. It is a livestock guardian dog that lives in Turkey.

The Kangal Shepherd Dog has the strongest bite of any dog, as it is equipped with a bite force upwards of 700 pounds per square inch.

That is about four times as strong as the bite of a human.

The Kangal Shepherd Dog is also one of the most aggressive dogs. It is known to attack and kill wolves, bears, and (on rare occasions) humans.

The tiger is the largest and strongest of all cats. It can grow over 11 feet long and weigh over 600 pounds. The tiger is a predator that lives in Forested areas of Asia.

Tigers have a powerful bite, though they are only the second-strongest feline as far as bite force comes. The tiger can bite with a force of over 650 pounds per square inch.

As one of the most aggressive animals, the tiger is known to attack and kill humans.

Hyenas have one of the strongest bites on the planet. Most hyenas weigh about 200-400 pounds, but some males grow much larger, up to 600 pounds. Males are about twice the size of females.

With strong jaw muscles and teeth, they use their powerful jaws with a bite force of 1,100 PSI to eat tough meat. Hyenas also have large canine teeth, which they use for defense.

They are gentle giants though. They are shy and avoid contact with humans, but will turn aggressive if they feel threatened. They have been known to attack humans who come too close or try to capture them.

The grizzly bear has a powerful bite force of over 1,200 pounds per square inch. That is about twice as strong as the bite of a lion.

These bears can be aggressive. They are known to attack and kill humans. If you are ever attacked by a grizzly bear, there’s no point in running or fighting.

While big, they are also fast. They can also climb. The best way to survive is to lay down and cover your head and organs.

Gorillas are one of the strongest animals on the planet. They are also one of the most gentle creatures, despite their great strength. They live in Africa and are vegetarians[1].

Gorillas have very strong muscles and teeth. They also have a powerful bite with a PSI of 1,300. They use their bite to eat tough vegetation.

The jaguar has the strongest bite of all cats. It can grow over 6 feet long and weigh over 500 pounds. It is a predator that lives in forested areas of South America.

Jaguars can bite with a force of over 700 pounds per square inch. That is about twice as strong as the bite of a leopard.

They are also aggressive animals, known to attack and kill humans.

The hippopotamus is a large, herbivorous mammal native to sub-Saharan Africa[3]. The name comes from the ancient Greek for “river horse”. Despite their size and weight, they are capable of running up to 30 kilometers per hour (19 mph).

They spend much of their time submerged in rivers and lakes, where they graze on aquatic plants. They also have a bite force of at least 1820 PSI, ranking them as the land animal with the strongest bite.

Hippopotamuses are among the largest living land mammals. They are comparable in size to the White rhinoceros and the Indian elephant, reaching up to 5.5 meters (18 ft) in length and 3 meters (9.8 ft) in height at the shoulder.

Adult hippopotamuses weigh between 1,300 and 2,200 kilograms (2,900 and 4,900 lb). They are the third-heaviest land mammals after elephants and white rhinoceroses.

The hippopotamus is a highly aggressive and territorial animal. They are considered one of the most dangerous animals in Africa. They are known to attack humans without provocation and are responsible for numerous fatalities.

The American alligator is a large reptile with an armored hide, short legs, and a long tail. Native to the southeastern United States, this fearsome predator can grow up to 20 feet in length and weigh over 1,000 pounds.

But size isn’t the only thing that makes the American alligator dangerous: it also has one of the strongest bites of any animal on the planet.

While alligators typically only attack humans in self-defense, their powerful jaws and sharp teeth can cause serious injury or death.

The American alligator has the second-strongest bite of any living creature, with a force of up to 2,125 PSI. For comparison, that’s about 10 times the human bite force.

Attacks by American alligators are relatively rare, and most people who do encounter one come out unscathed. It’s still important to be aware of these dangerous animals and to give them the respect they deserve.

If you’re lucky enough to see an alligator in the wild, keep your distance and enjoy the experience from a safe distance.

The great white shark is the largest and strongest of all sharks. It can grow over 20 feet long and weigh over 5,000 pounds. They are predators that live in Ocean habitats.

The great white shark has a powerful bite of over 4,000 pounds per square inch. That is about 20 times as strong as the bite of a human.

It is also one of the most aggressive animals. It is known to attack and kill humans because they smell their blood. Their bite force is accompanied by an incredible sense of smell. They smell blood from more than a quarter mile away.

The saltwater crocodile is the largest and strongest of all crocodiles. It can grow over 20 feet long and weigh over 2,000 pounds. They are predators that live in saltwater habitats, such as estuaries, mangrove swamps, and lagoons.

The saltwater crocodile has the strongest bite of any animal on the planet, as they bite with a force of over 5,000 pounds per square inch.

That is about twice as strong as the strongest land animal.

The saltwater crocodile is also one of the most aggressive animals. It is known to attack and kill humans.

What Animal Has the Strongest Bite Force?

The saltwater crocodile has the strongest bite force of all animals, measuring up to 5,000 PSI. They are found between northern Australia to eastern India and Southeast Asia and are known to be highly aggressive and territorial animals.

An adult human has a bite force of around 200 PSI. So, a saltwater crocodile’s bite force is 25 times stronger than a human’s.

While the crocodile has the strongest bite force of any animal, there are other animals with similarly impressive bites.

What Is the Second Most Dangerous Bite?

The great white shark has the second most dangerous bite. These sharks are large and their bites can cause serious injuries. They are found in all oceans and are one of the most feared predators.

Great white sharks are known to attack humans. They usually only do so if they feel threatened or if they are hungry.

Most attacks occur when the shark is trying to eat something else and mistakes a human for its prey.

If you are ever in the water and you see a great white shark, it is best to stay calm and avoid sudden movements. They are often curious and may approach you out of curiosity.

If you are attacked by a great white shark, try to fight back and defend yourself. Punching the shark in the nose or eyes is often effective.

What Is a PSI Bite Force?

The PSI bite force of an animal is directly related to the size and strength of its jaws. The larger and stronger an animal’s jaws, the higher its PSI bite force will be.

What Is the Strongest Bite Force in History?

The strongest bite force in history belongs to the megalodon. This massive prehistoric shark had a bite force of 40,000 PSI.

The Megalodon was a giant animal, with some estimates placing its length at over 60 feet (18 meters).

It is thought to have gone extinct around 2.6 million years ago.

What is The Average Human PSI Bite?

The average human bite force is 162 PSI. There is a lot of variation among individuals. Some people have a strong bite force, while others have a relatively weak one.

What Are the Weakest Animals in Terms of Bite Force?

Several animals have a weak bite force in comparison to other members of their species. For example, the brown rat has a bite force of just 10 PSI.

Other animals with weak bites include the opossum (12 PSI), the Bungarus snake (20 PSI), and the house mouse (24 PSI).

Summary of the Strongest Bite Force