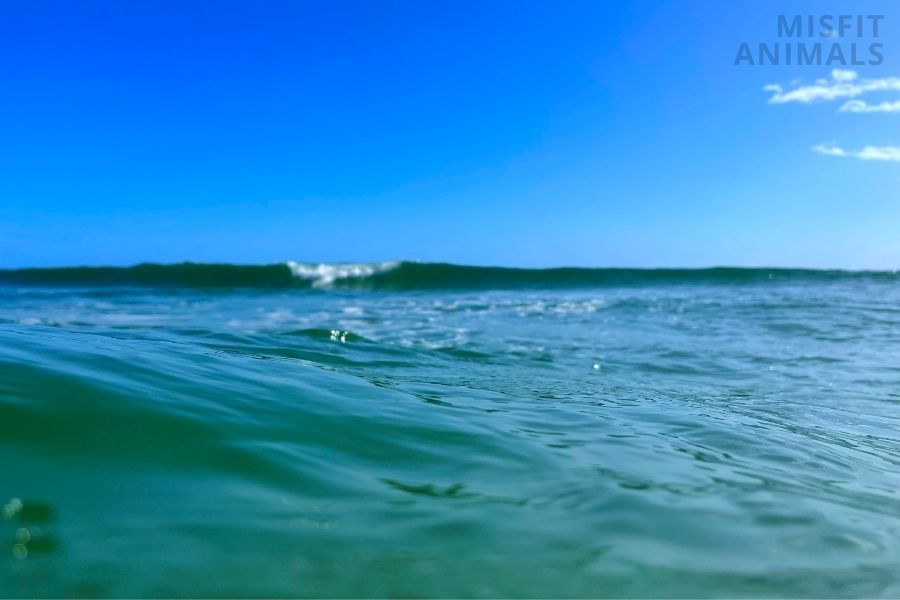 The ocean is a vast and mysterious place, home to all sorts of creatures big and small. If you’re looking for an amazing aquatic adventure, here are ten saltwater animals you won’t want to miss.

From the large whale to the ancient coelacanth, these creatures are sure to amaze and astound. So dive on in and explore the wonderful world of saltwater animals.

There are many different kinds of saltwater animals, from the smallest microscopic organisms to the largest whales. Saltwater habitats can be found all over the world, in both the oceans and seas.

The difference between saltwater and freshwater is primarily the salt content and the location of the water. Freshwater is commonly found in reservoirs, such as lakes.

Let’s take a look at some of the most interesting saltwater animals that you can encounter in the ocean:

Saltwater animals are a fascinating group of creatures, and perhaps none more so than the seahorse. These strange little fish are easily recognizable by their horse-like heads and curled tails, and they have a long history of myth and legend associated with them.

Seahorses remain one of the most popular aquarium fish, and their curious nature never fails to captivate those who observe them. They are found in tropical and temperate waters all over the world, often near coral reefs.

This saltwater animal ranges in size from just a few centimeters to over a foot long and come in a wide variety of colors and patterns. Though they are slow swimmers, they are excellent camouflagers and can blend in almost perfectly with their surroundings.

Seahorses are strange creatures in many ways. For starters, they are one of the only species of fish that swim upright. They also have a very unique mating ritual; the males carry the eggs until they hatch, and then give birth to live young.

Perhaps most surprisingly of all, seahorses are able to change their coloration to match their surroundings, a process known as “background matching.”

Albacores, also called tuna fish, is one of the most popular saltwater animals. They’re known for their delicious taste and their versatility in cooking. Albacores are found in all the world’s oceans, and they’re a favorite food of many people.

Albacores are predators, known for their high levels of mercury. For this reason, it’s important to limit your consumption of albacore. There are many ways to enjoy this tasty dish, and it’s a healthy addition to any diet.

Albacore is a good source of protein, omega-3 fatty acids, and vitamins. It’s also low in saturated fat and cholesterol. When cooked properly, albacore is a healthy, delicious, and nutritious meal.

Saltwater animals are often thought of as being tough and rugged, but there are actually quite a few delicate creatures that call the ocean home. One of these is the armored snail, a small creature that is covered in a hard shell.

Despite their fragile appearance, armored snails are quite tough. They have to be, given the fact that they live in a habitat that is full of predators. Their shells provide them with protection from being eaten, and also help to keep them safe from the harsh conditions of the ocean.

Armored snails are found all over the world, in both warm and cold water. They are usually found clinging to rocks or other hard surfaces, where they can stay out of the reach of predators. When they feel threatened, they retreat into their shells and close up tightly.

While they are not the most exciting creatures in the ocean, armored snails play an important role in the ecosystem. They help to keep algae and other growths in check, and their shells provide homes for other small creatures.

Walruses are large, gregarious pinnipeds that spend most of their lives in the water. Their habitats include the Arctic Ocean and its surrounding seas.

Walruses are opportunistic feeders and their diets vary depending on their location and the season. While they primarily eat benthic organisms, they are also known to eat fish, shellfish, and even seals.

Their large tusks are primarily used for defense, but they also help the walrus to haul itself out of the water onto ice floes. Walruses are relatively long-lived animals and can reach an age of up to 40 years in the wild.

While walruses once ranged widely across the Arctic, their populations have declined in recent years due to hunting and the loss of sea ice habitat. Today, there are an estimated 200,000 to 250,000 walruses worldwide. They are protected under the Marine Mammal Protection Act and the Endangered Species Act.

Barnacle is a common name for any of a variety of sedentary marine crustaceans in the superorder Peracarida. Barnacles are encrusting filter-feeding animals that live attached to hard surfaces, including rocks, shells, ships, whales, and even other barnacles.

There are over 1,220 species of barnacles worldwide. Most barnacles have a hard shell composed of calcium carbonate. The inner surface of the shell is lined with living tissue, and the barnacle has a pair of jointed legs for walking. The head is retractable into the shell, and most barnacles have two pairs of antennae.

Barnacles feed by extending their legs to filter food particles from the water.

Most barnacles are hermaphrodites, meaning they have both male and female reproductive organs. During reproduction, barnacles release eggs and sperm into the water, where the eggs are fertilized and hatch into larvae. The larvae settle on a suitable surface and metamorphose into adults.

Starfish are among the most interesting and unique creatures in the animal kingdom. They are often thought of as symbols of good luck, and their popularity has only increased in recent years.

Though they may look delicate, starfish are tough. They have a hard exoskeleton that protects them from predators. Underneath this exoskeleton is their internal organs, including their stomach.

One of the most fascinating things about starfish is their ability to regenerate lost limbs. If a starfish loses an arm, it can grow a new one. This process can take months though.

The Barracuda is one of the most feared saltwater animals. These predators can grow up to 6 feet long and weigh over 100 pounds. Their large teeth and powerful jaws make them a dangerous foe.

Barracudas are found in tropical and subtropical waters around the world. They prefer to live in areas with plenty of hiding places, such as coral reefs.

They are ambush predators. They lie in wait for their prey, then attack with lightning speed. Their diet consists mainly of fish, but they will also eat squid and crustaceans.

While barracudas are not typically aggressive towards humans, they have been known to attack swimmers. This is usually because they mistake a person for their natural prey.

“Whale” is the common name for various marine mammals of the order Cetacea. Whales, dolphins, and porpoises belong to this order. The term whale can be used to refer to all cetaceans, or specifically to large cetaceans.

There are two types of whales:

Most whale species are migratory and travel in groups called pods. They communicate using sounds, which they produce by blowing air through their nostrils, called a blowhole.

Blue Marlins are one of the most popular fish to catch in the ocean. They are big, they are beautiful, and they put up one heck of a fight.

The Blue Marlin can weigh upwards of 1,000 pounds. They can grow to be nearly 14 feet long. Even more fascinating is the fact that blue marlin is thought to live for upwards of 20 years.

Interestingly, blue marlins are not blue all over. Their backs are a deep blue, but their undersides are more of a silvery-white. And those distinctive fins of theirs are dark blue on top, while light blue on the bottom.

The coelacanth is a fish that was thought to have gone extinct 66 million years ago until it was discovered in 1938 off the coast of South Africa.

The first recorded instance of a coelacanth caught by a fisherman was in 1938 when Captain Hendrick Goosen caught one off the eastern coast of South Africa.

The fish was originally thought to be a type of barracuda and was named Latimeria chalumnae after Marjorie Courtney-Latimer, the director of the East London Museum where the specimen is housed, and Dr. J. L. B. Smith, who identified it.

What Is the Type of Fish That Live in Salt and Fresh Water?

Euryhaline fish are capable of living in both salt and fresh water. This type of fish has special cells that help them regulate its body’s salt content. These cells are called osmoregulatory cells, and they help the fish maintain a balance of salt and water inside their bodies.

Are Otters Fresh or Saltwater?

Otters are a type of mammal that is found in both fresh and saltwater. They are very good swimmers and have webbed feet to help them move through the water. Otters eat fish, crabs, and other small animals.