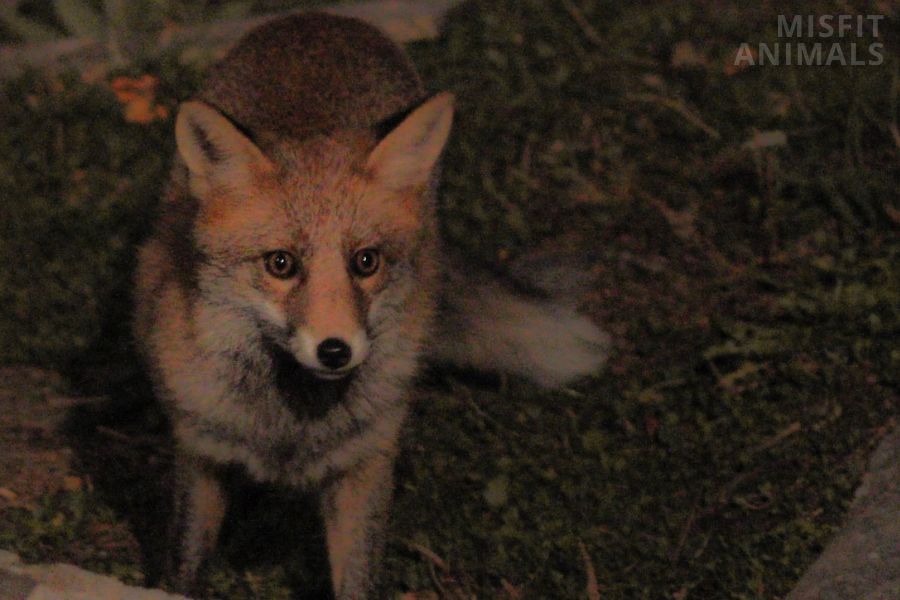 Foxes are nocturnal, but not strictly. Most foxes start their activity after sunset, which makes them crepuscular. Foxes hunt at night because there are fewer predators and more prey. They generally sleep during the day but can change their activity-sleep pattern.

Foxes are omnivorous mammals found all over the globe, except Antarctica. These animals are extremely adaptable and can inhabit mountainous regions, forests, plains, deserts, or polar areas.

Red foxes can even adapt their lifestyle to crowded cities.

Most foxes are nocturnal, which means they go hunting at night. However, they are not strictly nocturnal, being able to change their sleep/activity hours depending on certain factors.

Because of these factors, foxes can be spotted at any time of the day.

In this article, you learn about foxes’ activity and sleep patterns, whether foxes are nocturnal, and what they do at different hours of the day.

Nocturnal animals are those that hunt, mate, and are active after dark. Nocturnal animals have developed certain characteristics over time to better adapt to nightlife. They have bigger eyes to capture as much light as possible, more sensitive hearing, and specialized hairs with sensory receptors.

Before explaining whether foxes are nocturnal, you need to understand what a nocturnal animal is.

Nocturnal animals are those that carry out their main activities at night and rest during the day.

These animals have better-developed senses[1] to adapt to nightlife:

Nocturnal animals have larger eyes, if not larger pupils, to capture as much light as possible (i.e. to see in the dark). Examples include cats and owls.

The hearing of these animals is also more sensitive to detect any movement, even at a distance. Some animals use taste for this, such as snakes that use taste to orient themselves.

Other nocturnal animals communicate by marking territories with scent.

Other mammals and arthropods (e.g. spiders) have specialized hairs with sensory receptors that help them find food.

Why Are Some Animals Nocturnal?

Some species of animals have developed certain skills to adapt to nightlife. These animals are nocturnal[2] for many reasons:

Foxes are considered predominantly nocturnal animals, hunting at night and resting during the day. They can also be seen during the day. Foxes have a crepuscular tendency, meaning they are most active around dusk and dawn.

Foxes are considered nocturnal animals, but not strictly nocturnal because they can be seen at almost any time of the day.

These animals usually search for food at night and sleep during the day. They go to bed after sunrise and rest until sunset.

But the activity/sleep pattern of a fox depends on two major factors:

The territory in which they live is the second factor that influences the activity pattern of foxes. If they live in areas free of predators, they will hunt more during the day and rest at night. This is because most predators around them are nocturnal, such as wolves.

City foxes are also more active during the day.

Desert foxes, like the Fennec, are nocturnal because it is too hot for them to be active during the day.

When Are Foxes Most Active?

Although they are considered nocturnal animals, foxes are most active when the sun sets and at dusk, which makes them crepuscular. Foxes hunt when their prey is active. If they hunt rodents, they are active at night. If they hunt day birds, then they are more active during the day.

If their prey is crepuscular, as some insects, birds, and rodents are, then you will see foxes at dusk and dawn.

Desert foxes that hunt snakes and lizards are most active at dusk because these prey animals are crepuscular.

In areas populated by humans, foxes are more active at night when it is quiet to avoid contact. In rural areas, where human populations are smaller, foxes tend to be more crepuscular.

Arctic foxes are mainly nocturnal but can come out of their den during the day to look for food if it is not in abundance.

Related Article: When Are Foxes Most Active?

Foxes generally hunt at night, which is also the time when they like to hunt. Fox kits sleep and rest at night, being more active during the day. Some adult foxes do sleep at night and hunt during the day, but this is rare.

Although foxes are omnivores, and their food depends on the season, they prefer to hunt rodents and other small nocturnal mammals.

Because they prefer these nocturnal animals, foxes hunt at night.

The developed smell and sensitive hearing make foxes skilled nocturnal predators. They easily find prey in the dark because of their enhanced night vision and increased sense of smell.

Fox kits sleep at night and feed and play during the day as they do not need to go hunting at night like their parents when prey is active.

When Do Foxes Sleep?

Foxes usually sleep and rest throughout the day, but they can also do it during nighttime. Those that live in areas with few predators sleep at night and are active during the day.

Foxes generally prepare to go to sleep when the sun rises. They are then inactive until it sets.

Foxes are, as said, not strictly nocturnal, which means you can also see them during the day. Their activity-sleep cycle depends mainly on the region in which they live.

If they live in an area where there are no predators (bears, wolves), then foxes will sleep at night and scavenge for food during the day.[3]

You can find foxes sleeping in the following places:

What Do Foxes Do During the Day?

Is the Red Fox Nocturnal?

Foxes do not attack people, but on the contrary, they run away from them. These canids become dangerous when they suffer from rabies. Rabies is a rare disease that is transmitted through the saliva of an infected animal. If you have handled or a rabid fox has bitten or scratched you, you have to get vaccinated, and the fox will be killed (if it is not already dead) and tested for rabies.

How Much Do Foxes Sleep?

Foxes in the wild sleep around eight hours a day, and those living in crowded cities sleep up to 10 hours a day. Foxes prefer to go hunting at night when the temperatures are lower and there are less predatory.