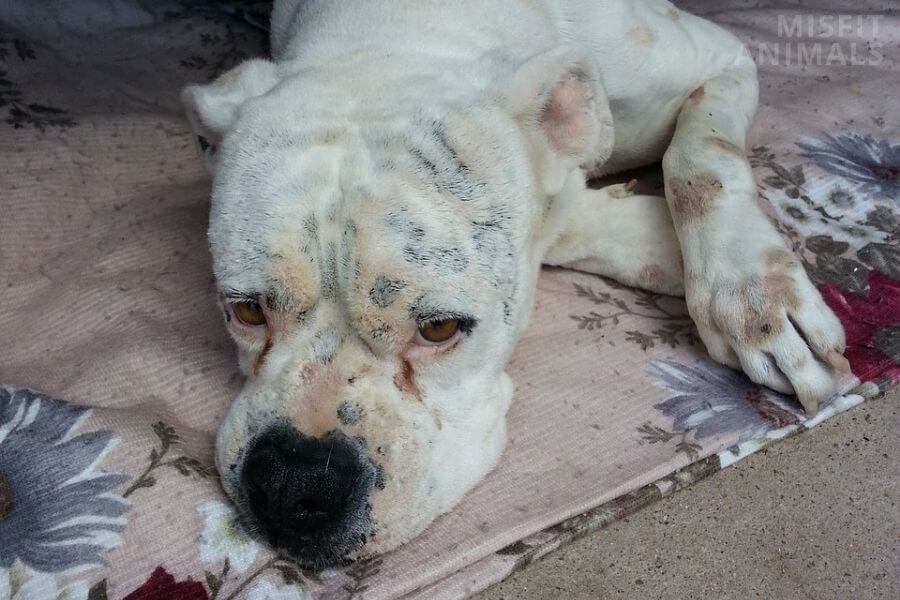 The prevalence of tick-borne diseases in pets increases with the arrival of the warm season.

The tick is looking for a host to feed on and evolve into the next biological stage or lay eggs. If the tick feeds from an infected host, it will suck the pathogen along with the blood, becoming infected.

The infectious pathogen can be transmitted through the tick’s saliva to the next host when feeding.

Not all tick bites can make a dog sick. Ticks are considered dangerous if they are infected with various pathogens. An infected tick can transmit diseases through its saliva when feeding.

Ticks are not born infected. They must consume infected blood from one or more hosts to become vectors (carriers) for those pathogens.

A tick can make a dog sick only if it is infected. Even if the tick has transmitted the pathogen, not all dogs will develop the disease. It depends on the body of the animal and the immune system, which fights pathogens.

Ticks can transmit more than one disease at a time. For example, if a tick is infected with Rickettsia rickettsii and Ehrlichia canis, it can transmit both while feeding on your dog.

What Are Tick-Borne Diseases?

A tick-borne disease is a disease carried and spread by ticks. Ticks are feared by dog owners because they can transmit dangerous diseases. These diseases can have severe consequences for your dog’s health and even be fatal.

The time in which a tick transmits various pathogens depends on the pathogen.

Each tick-borne disease has a certain period in which it evolves.

For example, in babesiosis, the symptoms will occur 7-14 days after the tick bite, while in Lyme disease, your dog can show symptoms within 2-5 months.

Most Common Tick-Borne Diseases in Dogs

The most common tick-borne diseases in dogs are anaplasmosis, ehrlichiosis, babesiosis, Lyme disease, Rocky Mountain spotted fever, hepatozoonosis, and bartonellosis. These diseases can lead to severe symptoms and, if left untreated, can cause the death of your pet.

Ticks are dangerous to dogs because they transmit diseases that can have a severe impact on a dog’s health.

These parasites can transmit several pathogens in a single bite; pathogens that release toxins and trigger your dog’s immune system, leading to recurrent or chronic infections.

Anaplasmosis is transmitted by the black-legged tick Ixodes scapularis, also known as deer tick.[1] If anaplasmosis is detected and treated in time, your dog has a good chance of recovery.

This disease is caused by the obligate intracellular bacteria:

Anaplasma phagocytophilum targets the erythrocytes and neutrophils (blood granulocytes), while the bacteria known as A. platys infects platelets and causes infectious cyclic thrombocytopenia in dogs.[2]

Anaplasmosis symptoms occur approximately one week after a dog has been bitten by a tick. There are three stages of anaplasmosis in dogs and each differs in duration and symptoms.

Symptoms in the acute phase include:

In the second phase, your dog may look healthy because the bacteria have gathered in the spleen; spleen enlargement is commonly seen in this phase. A dog can stay in this phase for months or even years.

In the chronic phase, symptoms include:

The treatment of Anaplasmosis involves administering the antibiotic doxycycline once or twice a day, depending on the severity of the disease, for four weeks (sometimes longer).

In severe cases, other medications may be needed, including hospitalization.

The symptoms of ehrlichiosis are not very specific. Ehrlichiosis is difficult to diagnose without blood tests. Some dogs do not show any symptoms after the acute phase, being called “healthy carriers”.

Ehrlichiosis is caused by Ehrlichia canis, an obligate intracellular bacterium that can be transmitted by:

E. canis infects the mononuclear cells from the blood, such as monocytes and lymphocytes.

The acute phase can evolve in the span of 8-20 days and is manifested by:

Most of the time, this phase goes unnoticed.

The sub-clinical phase lasts between 2 and 3 months, after which the dog may go directly into the chronic phase, or the symptoms of the acute phase may intensify.

The chronic phase occurs two to four months after the tick bite, and symptoms can include:

Treatment consists of administering doxycycline for at least 21 days. The response is usually quick and favorable, and the improvements are noticeable from the first days.

Babesiosis is one of the most severe tick-borne diseases in dogs. The average incubation period is approximately one to two weeks but the symptoms can remain mild. Some dogs can go undiagnosed for several weeks.

Babesiosis is caused by the intracellular parasite that infects the red blood cells, Babesia canis. The main vector for Babesia canis is the tick Dermacentor reticulatus, also known as ornate dog tick or cow tick.[4]

The clinical symptoms of babesiosis are:

In cases of severe anemia, transfusions and hospitalization may be needed. Although blood transfusions can help your dog, they can still die from hypotension and shock.

In milder forms, the treatment consists of the administration of antibiotics and other drugs. Babesia infections are persistent, and even after recovery, the dog should be monitored.

Lyme disease is one of the most feared tick-borne diseases for pets. Some dogs may have no symptoms, while symptoms for others can appear 2-5 months post-infection.

Ixodes scapularis can transmit the spirochete bacterium, Borrelia burgdorferi, which is responsible for Lyme disease.[5]

Pets infected with Lyme disease may be asymptomatic for 2-5 months. After this period, the following may occur:

Lyme disease can be difficult to differentiate from anaplasmosis because the symptoms are very similar.

Doxycycline or other antibiotics may be prescribed to treat Lyme disease. The treatment lasts four weeks or more.

An improvement in your dog’s symptoms should be seen 3-5 days after starting the treatment. Otherwise, your dog must be re-evaluated by the veterinarian.

This disease can also be transmitted by other species of ticks, such as:

In the subclinical phase, dogs are infected but show no signs of disease.

In the acute phase, the symptoms appear between 2-14 days after the tick bite. Dogs can have a variety of clinical signs, which can mimic many other conditions, and include:

The most used antibiotics are tetracycline, doxycycline, and enrofloxacin. The treatment lasts for 10-14 days. If treated in the first days of infection, most dogs recover completely.

Hepatozoonosis disease is common throughout the year due to the long period between infestation and the development of the disease. It is transmitted by the Rhipicephalus sanguineus tick.

Hepatozoon canis is the protozoan responsible for hepatozoonosis in dogs.

Symptoms may occur over several years and include:

As the disease progresses, the following may occur:

There is no effective treatment or vaccine for hepatozoonosis in dogs.

Not all dogs get sick if they have contracted Bartonella spp. Dogs are more likely to develop symptoms, compared to other mammals. Bartonellosis is not considered extremely common in dogs.

Not all dogs will have the same symptoms, but there is a large array of symptoms that can occur:

Treatment consists of using one or a combination of antibiotics for weeks to several months.

Tick prevention has to be done regularly to stop the spread of tick-borne diseases and ensure you have a healthy dog.

Here are the best ways to prevent ticks and tick-borne diseases:

Related: How to Prevent Ticks