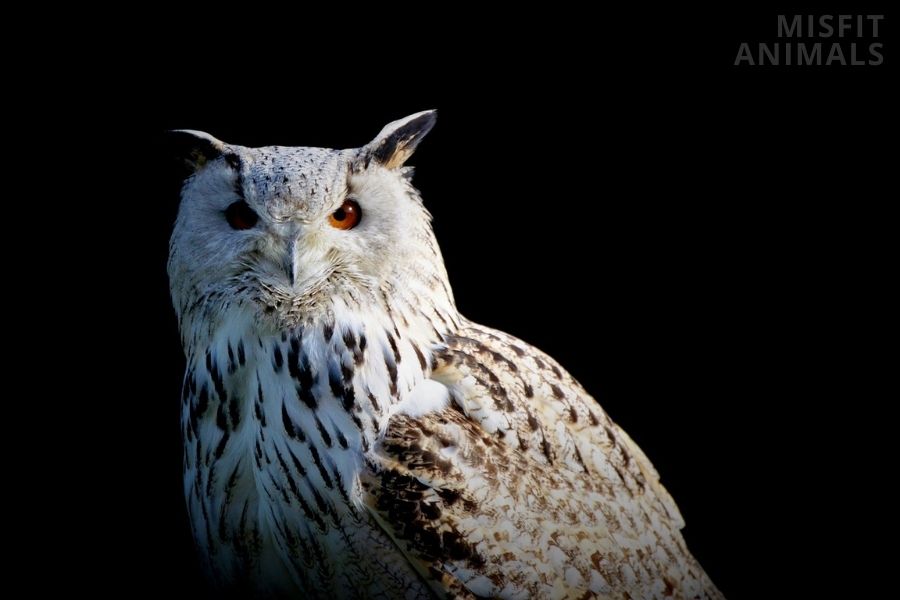 The Snowy Owl is a majestic bird found in the arctic tundra. These unique birds are well known for their beautiful plumage and white color. Despite their beauty, these owls are very fierce predators and are not afraid to take on larger prey.

In this article, we will explore the fascinating world of the Snowy Owl. We will discuss their ecology, behavior, and conservation status.

Snowy owls are beautiful and majestic creatures. They are one of the largest owl species in the world with wide wingspans and distinguishable white feathers.

Snowy owls are interesting animals that deserve everyone’s attention. Here are a few interesting facts about them that you’ll definitely find interesting.

Snowy owls belong to the order Strigiformes, which also includes other owl species like the barn owl and great horned owl. Snowy owls have been living in the Arctic for thousands of years.

Genetic testing showed results that the snowy owls may have branched out from related species approximately 4 million years ago. They’re also most closely related to the great horned owl.[2]

Snowy owls are well-adapted to the cold climate and have a symbiotic relationship with other Arctic animals like polar bears and arctic foxes. They are also important predators in the Arctic and help keep the population of other animals in check.

Snowy owls have a unique look that makes them stand out from other owls. Snowy owls are mostly white with some black markings.

These owls have a round head, yellow eyes, and a black beak[3]. Their wings are long and broad, and they have long tails. Snowy owls are one of the largest owl species in North America. They can weigh up to 4 pounds and have a wingspan of up to 5 feet.

The snowy owl is a large, white bird that is found in the Arctic regions of the world. They are well adapted to living in cold environments and can be found in areas that have significant amounts of snow and ice.

While they are typically found in the arctic, they have been known to migrate to other parts of the world during the winter months. Snowy owls typically live in open areas near the tundra or prairies.

Snowy Owls are diurnal birds. This means they are active during the day. They spend most of their time hunting for food, but they also like to perch on high points and take in their surroundings.

Snowy Owls are monogamous birds and both the male and female take care of the young. Once the chicks hatch, the parents will continue to care for them until they are able to fly and hunt on their own. This usually takes about six weeks.

Snowy Owls are very territorial birds. They will aggressively defend their territory from other owls and predators.

Snowy owls have a very diverse diet that changes depending on the season. During the summer, they mostly eat small rodents, such as lemmings and voles. However, in the winter they switch to eating mostly fish, rabbits, and other small mammals.

In some cases, snowy owls have been known to eat birds, including seagulls and ptarmigans. They are also known to scavenge on garbage dumps.

Snowy owls are very opportunistic hunters and will take whatever prey is available to them[4]. Their diet is entirely made up of meat. They usually hunt by sitting in a stationary spot and waiting for their prey to come to them. However, they can also fly in pursuit of prey if necessary.

One of the main predators of the Snowy Owl is the Arctic fox. They are known to prey on young owls and eggs. Golden eagles and other raptors also prey on these birds.

Snowy Owls are also threatened by human activities, such as hunting and habitat destruction. Wolves also hunt snowy owls when given the opportunity.

One of the most interesting aspects of the Snowy Owls is their life cycle and lifespan. These owls have a very long lifespan, with some individuals living up to 23 years in the wild.

They reach sexual maturity at around 2 years old and start breeding at around 3 years old. The female Snowy Owl lays 2-5 eggs, and both the male and female help to incubate the eggs. The owl chicks hatch after about 28 days and are cared for by both parents until they are able to fly and hunt on their own.

The Snowy Owl’s breeding season varies depending on the location. But it typically occurs between May and September in the northern hemisphere.

Snowy owls are one of the most negatively affected bird species in North America as a result of climate change. In recent years, there has been a dramatic decline in the snowy owl population.

There are fewer than 200,000 adults remaining globally. Although they’re not yet endangered, the IUCN currently classifies the snowy owl as vulnerable. That’s why several organizations have created conservation plans to help protect this iconic bird.

Can you keep snowy owls as a pet?

No, you cannot keep a snowy owl as a pet in the United States. While it may be tempting to bring one of these beautiful creatures home, doing so is actually illegal.