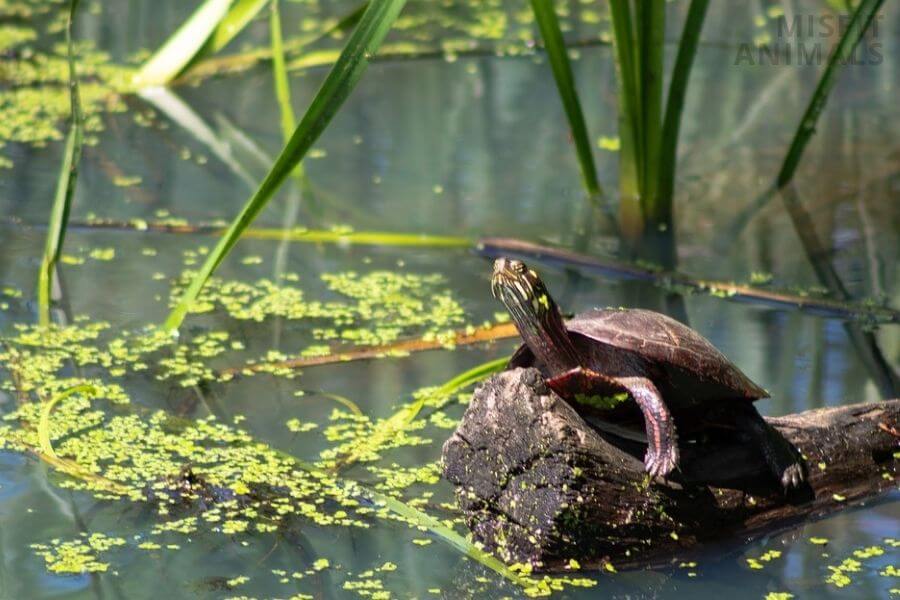 As turtle enthusiasts, we think it’s important to choose the right type of turtle for your needs and preferences.

Not all turtle species are created equal; each one has specific care requirements and quirks.

Painted turtles are one of the most popular types of pet turtles. They’re small, active, and relatively easy to care for. Red-eared slider turtles are also popular pets, but they can get quite large, requiring more space.

So, which is better?

It depends on what you’re looking for in a pet turtle. If you want a small turtle that’s easy to care for, then a painted turtle is probably your best bet. But if you don’t mind caring for a larger turtle and have enough space for one, then a red-eared slider might be better.

Both turtles can make excellent pets, but there are some key differences between them that you should be aware of before deciding.

Painted turtles are smaller and less active than red-eared sliders, requiring less space and care. They’re also more docile by nature. A painted turtle is probably your best bet if you’re looking for a calm and low-maintenance pet turtle.

Another advantage of painted turtles is that their shells are often more colorful and attractive than red-eared sliders.

Of course, there are also some drawbacks to owning a painted turtle. They tend to live shorter lives than red-eared sliders (they live 20 years on average compared to 30-40 years for Red Eared Sliders).

They’re also not as hardy when it comes to changes in temperature or water quality, so they may not do as well if kept outside without proper care and filtration. In contrast, red-eared sliders are commonly kept in outdoor habitats.

Most people who own either turtle species find them gentle and easy-going pets. They provide hours of enjoyment watching them swim and basking in the sun.

The painted turtle species is broken into four subspecies

Each has slightly different colorations and sizes. They are the same species but have morphological and geographical differences. We’re comparing the painted turtle as a general species, encompassing all four subspecies.

One of the most obvious differences between the painted turtle and the red-eared slider is their appearance.

Painted turtles have a dark green or black shell with yellow stripes running down the sides. The bottom of their shell is usually red or orange. They get their name from their bright and colorful appearance. They range from 3.5–10 inches, depending on the subspecies and gender.

On the other hand, red-eared sliders have a green or brown shell with red stripes on the side of their heads[1]. They’re also usually a bit larger than painted turtles, ranging from 7–12 inches.

In both species, the females are larger than the males.

Painted turtles are generally quite shy and spend most of their time in the water. They’re also good swimmers and can stay underwater for long periods.

Red-eared sliders are also shy, but they’re more likely to be seen basking in the sun on a rock or log. They’re not as good swimmers as painted turtles and only stay in the water for short periods.

Both species are reasonably active and tolerant of humans. They do not like to be touched or picked up and may bite if mishandled.

Both painted turtles and red-eared sliders are omnivores, meaning they eat both plants and animals. Their diet typically consists of insects, small fish, and aquatic plants in the wild.

In captivity, it’s important to provide a nutritious and varied diet.

A good diet for a painted turtle or red-eared slider includes:

Found across the United States and Canada, painted turtles typically live in ponds, lakes, and slow-moving rivers. The subspecies all occupy different ranges across Northern America as shown on the map below, but their populations cross over in certain areas.[2]

These geographical cross-overs is called intergradation, where subspecies overlap and a degree of hybridizations is observed. 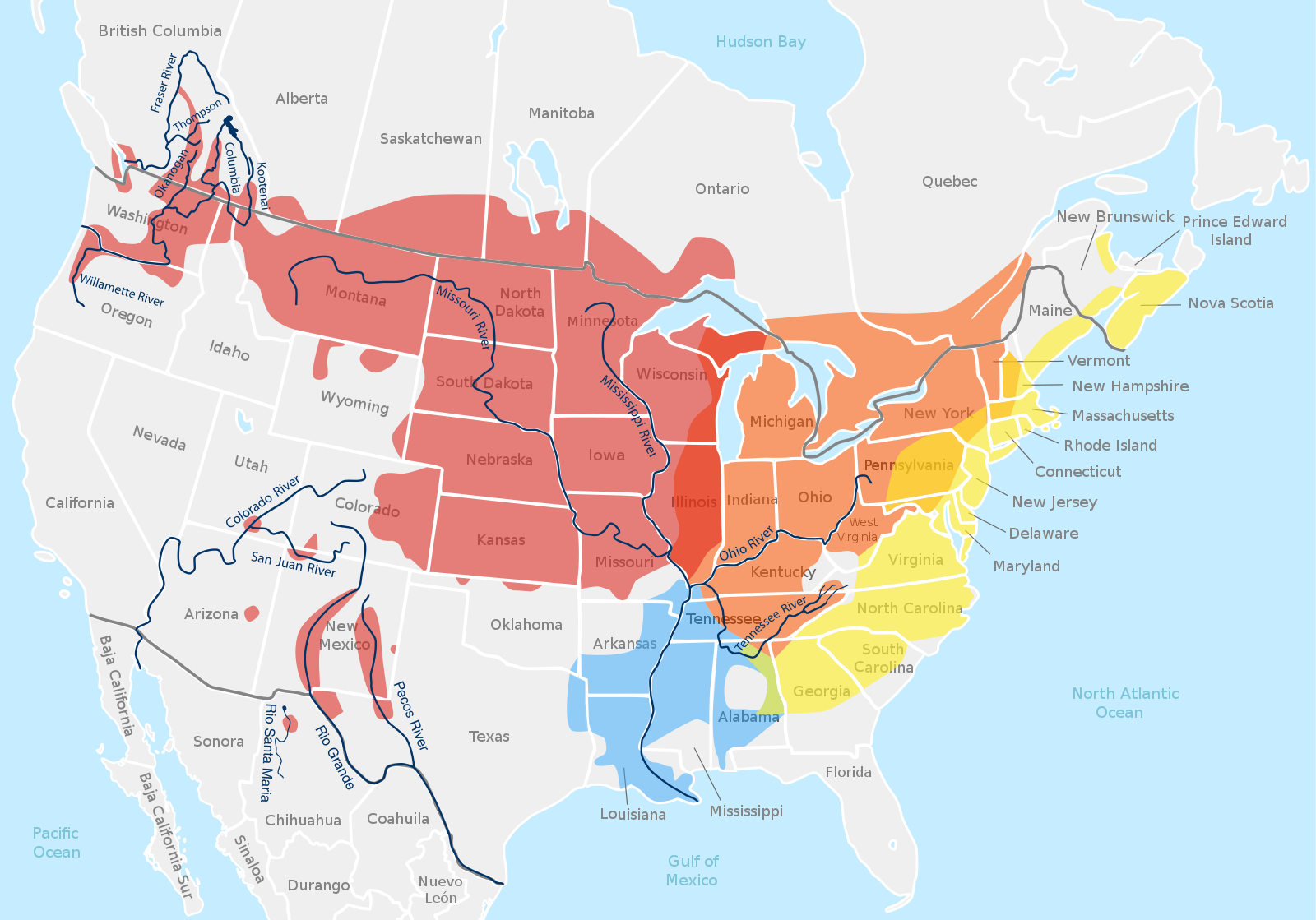 Red-eared sliders are native to the southeastern United States, but they have introduced populations in other parts of the country and the world. They typically live in wetlands, marshes, and ponds in the wild.

There’s an area of cross-over between native populations of red-eared sliders and all four subspecies of the painted turtle. 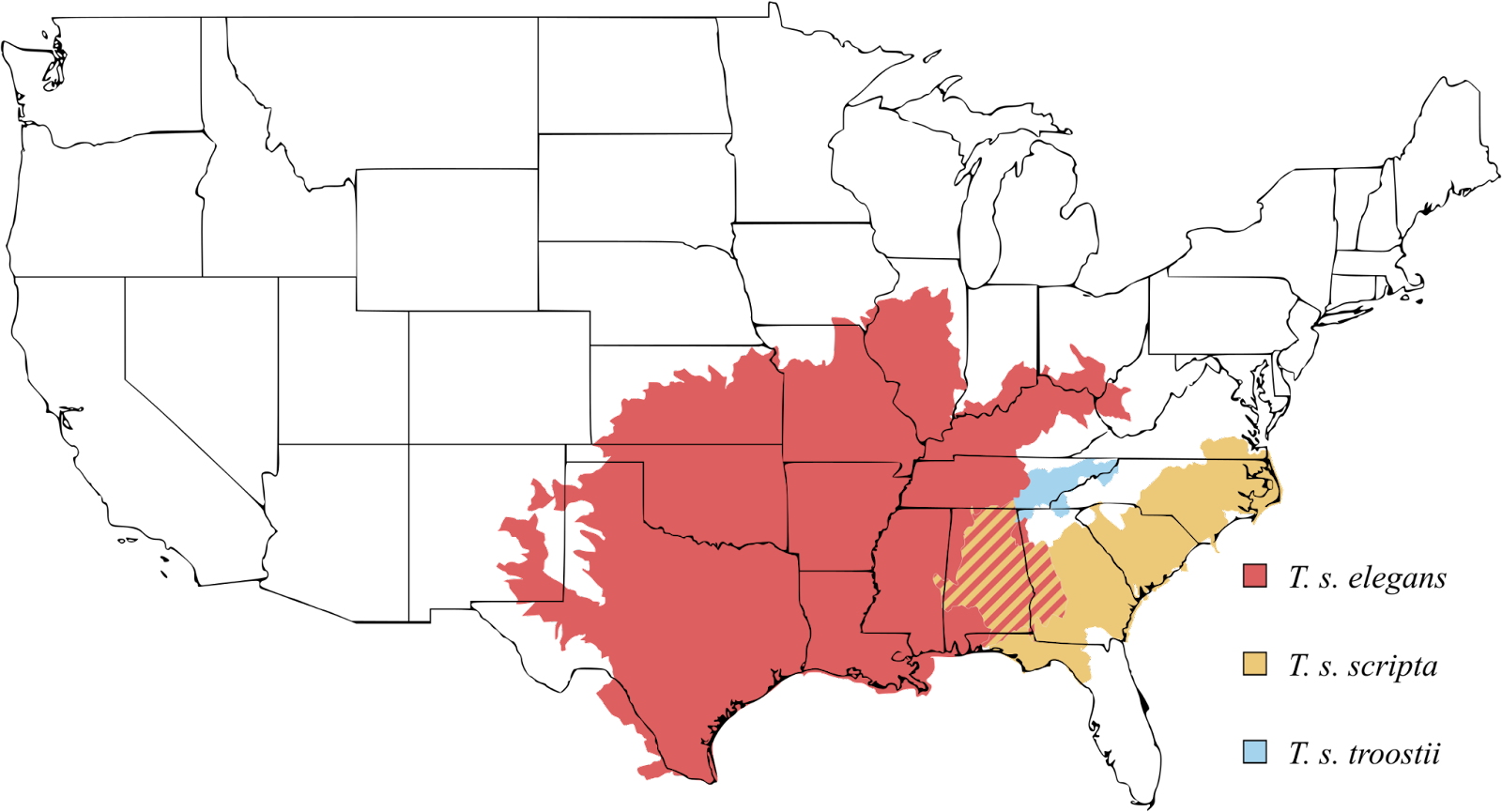 Red-eared sliders and painted turtles are popular pet turtle species. They are loved for their small to medium size, environmental tolerance, and active natures.

Both the painted turtles and the red-eared sliders are semi-aquatic species. They both spend time basking on land and foraging in the water.

The two species are similar in their popularity as pets, which comes from their generally low-care requirements. As far as reptiles go, they are hardy and tolerant of changes in their environment.

This makes them ideal species for beginner turtle owners who are still learning the details of turtle care.

They are both also relatively interactive. While neither are particularly social, they both come to recognize their owners and come to them for food.

Can a Painted Turtle Live With a Red-Eared Slider?

Painted turtles and red-eared sliders can be housed together in a tank with a minimum of 150 gallons. It’s best to keep individuals of the same sex that are similar in size.

These two types of turtles can successfully be kept together. There are some important considerations to keep in mind if you’re planning on doing so.

First, it is important to provide them with enough space. A minimum of 150 gallons is essential. This gives them plenty of room to swim and explore.

It is also important to ensure that they are of the same sex to prevent potential crossbreeding. They should also be approximately the same size to prevent one turtle from dominating the other.

The habitat needs to have plenty of hiding and basking places, as both species are naturally solitary.

Observe them closely for any signs of aggression. If you see any, separate them.

To reduce the risk of aggression, feed them separately. This prevents any fights over food or a dominating individual preventing the other from eating.

You can set your turtles up for success in their shared living space if you follow these guidelines.

Will a Painted Turtle Mate With a Red-Eared Slider?

Turtles are reptiles, and like many other reptiles, they can interbreed. This means that different turtle species can mate and produce offspring.

However, just because two different turtle species can mate, doesn’t mean that they can produce healthy offspring.

So, while painted turtles and red-eared slider turtles can mate, it’s unlikely that they can produce healthy offspring.

The natural range of these two species overlaps, meaning there is a possibility of them crossbreeding naturally[3]. For pet owners, it’s generally frowned upon to purposely encourage this as it may affect potential offspring’s health and wellbeing.

In the end, it depends on what you’re looking for in a turtle. If you want a low-maintenance pet and can live in a small space, then the painted turtle is probably your best bet.

However, if you’re looking for a larger and more active turtle, then the red-eared slider may be a better choice. Whichever type of turtle you decide to go with, make sure to do your research so that you can provide them with the best possible care.