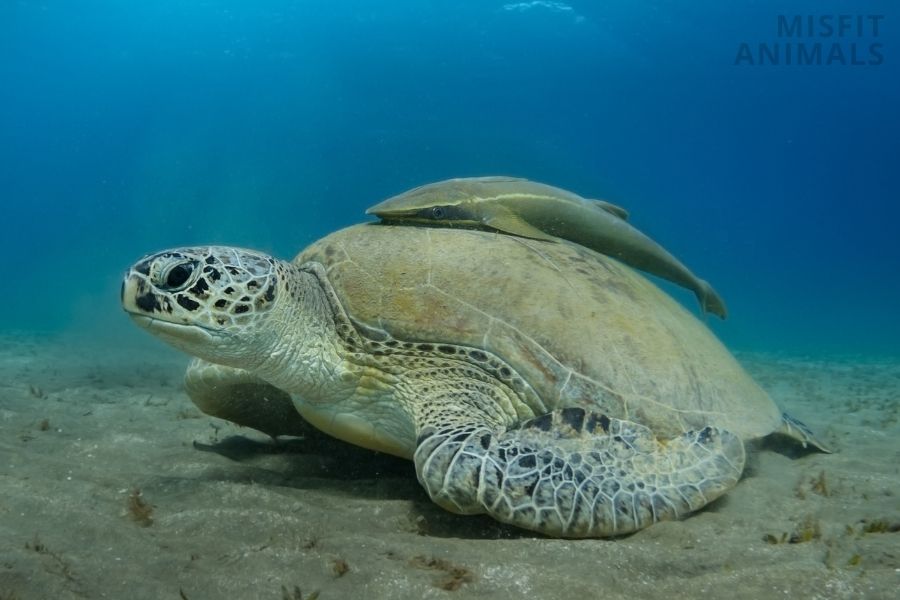 Sea Turtles can hold their breath for up to 10 hours. The limits depend on the species, health, and energy use. They make use of their large lungs and slow breathing to stay underwater for long periods.

Sea turtles are some of the most incredible creatures on Earth. They can hold their breath for an astonishing amount of time, allowing them to travel long distances underwater and evade predators.

This ability is made possible by their unique adaptations, which allow them to conserve oxygen and avoid getting too waterlogged.

How Long Can Sea Turtles Hold Their Breath?

Sea Turtles can hold their breath for between 5-10 hours. When active, sea turtles usually come up for air every 5 minutes, but they can stay underwater for up to 10 hours when sleeping.

A turtle’s species influences how long it can hold its breath. Smaller turtles generally have a shorter maximum duration they can stay underwater, while larger turtles can hold their breath for longer.

In addition, the health and energy use of the turtle will play a role in how long they can stay underwater. A healthy turtle that is not exerting itself too much can hold its breath for closer to 10 hours.[1]

The activity level of a sea turtle influences its oxygen use and, therefore, how long it can stay submerged.

During activity, a turtle’s heart rate and metabolism are increased, leading to a greater need for oxygen. This means that turtles need to come up more frequently for air while foraging.

While resting, a sea turtle’s heart rate and metabolism slow down, using less oxygen and staying underwater for longer periods.

It is not uncommon for sea turtles to sleep for several hours, only coming up for air every few hours.

Related: How Do Sea Turtles Sleep?

Sea turtles migrate to warmer waters or brumate when water temperatures drop. Brumation is a type of hibernation where the animal’s metabolism slows down significantly, allowing it to survive on very little oxygen.

A sea turtle may only come up for air every few days during brumation.[2]

When sea turtles are under stress, their bodies go into survival mode and release adrenaline. This “fight or flight” response increases the turtle’s heart rate and metabolism, leading to a greater need for oxygen.

As a result, turtles under stress will generally surface more frequently.

Stressors may include evading predators, getting caught in fishing gear, or mating.

How Do Sea Turtles Breathe?

Sea Turtles breathe air via lungs like all other reptiles. They have several adaptations that allow them to spend long periods submerged.

The physiology of a sea turtle is fundamentally different from other lung-possessing animals. Rigid shells encase turtles and limit flexibility around the thorax.

Instead, the pelvic and shoulder muscles facilitate breathing. As they breathe, sea turtles rock their shoulders to create a movement for inhalation and regulation of lung pressure.

The gas exchange of breathing is still the same. They inhale oxygen and release carbon dioxide.

Why Can Sea Turtles Hold Their Breath for So Long?

Sea turtles can hold their breath for so long due to several unique adaptations. As ectotherms, they can adjust their metabolic rate to conserve oxygen while resting or brumating. They are also biologically adapted to maximize oxygen uptake and preservation.

As ectotherms, turtles can lower their metabolic rate to conserve oxygen. When foraging or migrating, they increase their metabolism to meet activity demands.

This makes them far more efficient in their use of oxygen than endotherms like mammals.

First, they have large lungs relative to their body size. This allows for more oxygen to be taken in with each breath. Their lungs are highly efficient at extracting oxygen from the air.

The surface area of a turtle’s lung is also larger than other animals because it is highly convoluted. This maximizes the amount of gas exchange that can take place.

They also have higher levels of myoglobin in their blood. Myoglobin is an iron-rich protein that stores oxygen in muscle tissue. This means that their muscles can extract and use oxygen more efficiently. [3]

Lastly, their high hematocrit levels compared to land-based reptiles help them hold their breath. This is the percentage of red blood cells in the blood. Red blood cells carry oxygen to the tissues.

Turtles also can extract oxygen from water using cloacal respiration. They pump water in and out of their cloaca (rear end) to extract oxygen.[4]

They have a sphincter muscle that controls the opening and closing of the cloaca. They relax this muscle when they want to take in water.

Cloacal respiration generally only occurs when a turtle is resting or under stress. When turtles are active, they rely on their lungs for oxygen.

All air-breathing animals have a diving reflex. This is an involuntary reaction when you hold your breath and immerse your face in cold water[5]. The main response is to decrease heart rate and blood flow to the extremities, and this conserves oxygen and prevents carbon dioxide buildup.

In turtles, this reflex is more pronounced. When their faces are submerged, their heart rate can decrease by 50%.

They also can shunt blood away from non-essential organs like the gastrointestinal tract. This means that even less oxygen is needed to keep the turtle alive while submerged. [6]

No, sea turtles cannot breathe underwater. They must surface to breathe air through their lungs. They can hold their breath for long periods, but they will eventually need to come up for air.

The reason sea turtles need air, despite spending most of their time in the ocean, is that they evolved from land ancestors 150 million years ago. The first turtles evolved from land-dwelling reptiles.

They developed the ability to breathe air and live in water as they adapted to their new aquatic environment.

Over time, they became more streamlined and lost their legs. This made them better swimmers and helped them stay hidden from predators.

They also developed a hard shell for protection. This was made up of two parts: the carapace (top shell) and the plastron (bottom shell).

The shells of modern turtles are different from those of their ancestors. They have evolved to be lighter and more aerodynamic. This has helped them become even better swimmers and allowed them to live in various habitats.

How Often Do Sea Turtles Breathe?

Sea turtles generally surface to breathe every few minutes when they are active. They routinely spend up to 45 minutes underwater when diving.

They can stay submerged for much longer periods when they are resting, but they do need to come up for air every few hours.

Yes, sea turtles can drown if they cannot surface to breathe. This can happen if they become entangled in fishing gear or other debris.

It is also common for sea turtles to drown during mating. The copulation period lasts for hours and occurs in deep water. The exertion of mating means they require oxygen mid-way through the activity.

Pairs must rise to the surface together to breathe, this awkward activity isn’t always easy, and if they do not reach the surface in time, they will both drown.

How Deep Can Sea Turtles Dive?

Most marine turtles regularly dive to depths of up to 960ft. But Leatherback turtles can dive over 3,280 feet.

Sea turtles dive deep to find food and to avoid predators. They can spend hours at depths of over 1,000 feet without coming up for air.

The leatherback, specifically, has some unique diving adaptations that reduce problems with decompression when diving so deep.[7]

Their leathery shell absorbs nitrogen, and they lack a rigid breastbone.

So, how long can sea turtles hold their breath? It depends on the species, but some species can stay underwater for up to 10 hours. This is possible due to the biological adaptations that make them well-suited for life in the ocean.

However, they are also at risk from humans. Sea turtles are often caught in fishing nets and can be injured or killed by pollution and habitat loss.