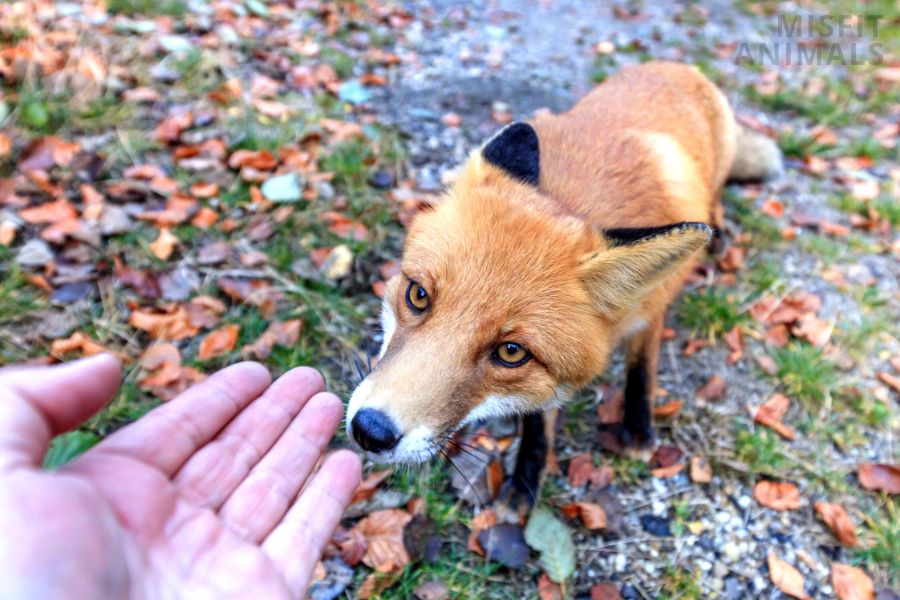 If a fox approaches you, make noise. Clap and shout to scare it away. This causes foxes to think that you are dangerous, and they will run away. Foxes generally prefer to run away from danger instead of engaging in a fight.

Wild animals are usually afraid of humans, but it is always useful to know how to react if they come your way.

Foxes are shy animals. They only act aggressively when threatened or if their young are in danger. They also tend to run away when they see humans or large predators.

In this article, you will learn what to do if a fox approaches you, what to do if it follows you, if foxes are dangerous, and more.

What to Do if a Fox Approaches You?

Make yourself seem intimidating if a fox approaches you. Clap, shout, stomp your feet, and wave your arms to scare it away. Do not try to pet a wild fox, even if it seems friendly. It may bite you.

Even though they are predators, foxes are fearful animals that usually do not stand in the way of humans.[1]

They prefer to run away from people instead of attacking because they are afraid.

Foxes’ fear of humans occurred along with the extensive hunting for their fur. People have been hunting foxes for centuries, and are seen as pests in many places.

Here’s what to do if a fox approaches you:

In many regions, there are tame wild foxes. Foxes will try to approach you out of curiosity or to ask for food. Do not feed them, and do not try to pet them in any way. Fox bites are dangerous and can transmit rabies or infections.

What to Do if a Fox Follows You?

Do not run if a fox follows you. Make noise and make your presence known. This will scare it away. If you run, the fox might think of you as prey and try to attack you.

If a fox is following you, do not run. You have to intimidate and scare it. Running activates the fox’s prey drive, triggering an attack.

Here’s what you should do if a fox follows you:

What to Do if You See a Fox?

If you see a fox, stay silent and admire it from a distance. Stay away from it and make sure you don’t make the fox feel trapped. Trapped foxes become stressed and potentially aggressive.

What not to do when you see a fox:

If you see the fox approaching you, make noise to scare it away.

Foxes are not considered dangerous to humans. They are shy, fearful animals that usually run away when they see humans.

Foxes are generally not dangerous to pets either. They don’t attack adult dogs and cats, and usually don’t hunt and eat puppies or kittens.

In rare cases, foxes can hunt and eat puppies, kittens, sick, and small pets when they are starving.

Foxes are considered dangerous because they can transmit numerous diseases and parasites to pets and humans:[3]

Related Article: Are Foxes Dangerous & Do They Attack Humans & Pets?

Foxes rarely attack humans. They prefer to run away when they see a human rather than engage in a fight.

Foxes are more likely to attack humans in some situations:

The symptomatology of rabid foxes includes the following clinical signs:[4]

What To Do If a Fox Attacks You?

Fox attacks are rare, but this is what you should do in case a fox attacks you:

Yes, foxes bite, but it is extremely rare. Foxes usually bite when they feel cornered or their cubs are in danger. Foxes can also bite if they suffer from rabies.

A fox bite is painful and can become infected quickly. Clean and disinfect the wound as soon as possible after a fox has bitten you or your pet.

Foxes are not considered violent and aggressive animals and will only attack in rare cases. They are shy and fearful and prefer to run away instead of fighting. If you are unlucky enough to be bitten or scratched by a fox, keep in mind that they can transmit rabies and other infections.

Are Foxes Scared of Humans?

Yes, foxes are generally scared of people because they have been hunting them for centuries for their fur. Urban foxes, on the other hand, are not so scared of people and are even used to their presence. They often approach people to ask for food.

Foxes can be friendly. They generally do not pose a danger to humans, but they are wild, unpredictable animals that can react aggressively when they feel threatened. If you meet a fox in the forest, do not call it to you, even if it seems curious and friendly. Admire it from a distance.

Can Foxes Hurt You?

Foxes can hurt you. They have sharp teeth and claws. They can scratch and bite you and transmit numerous diseases, including rabies.