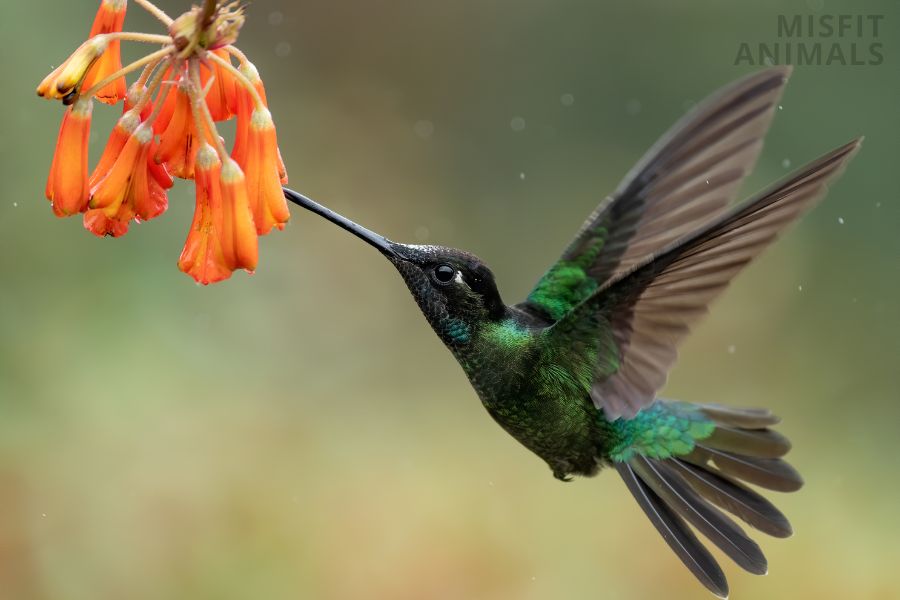 The most hardworking animals in the world include ants, bees, arctic terns, shrews, earthworms, hummingbirds, dung beetles, and more.

If you’re an animal lover, then you know that there are some animals out there who work a little harder than the rest.

These 12 hardworking animals will amaze you with their strength, resilience, and abilities.

From the noble arctic tern to the industrious honey bee, these creatures are sure to impress! So if you’re looking for a little inspiration, or just want to learn more about some of nature’s most impressive creatures, read on.

There are many animals that are hardworking. These animals work hard to help humans and other animals.

Here are a few of the most hardworking animals that you’ll see in the wild:

The arctic tern is one of the hardest working animals on the planet. Every year, this small bird travels an incredible distance of over 44,000 kilometers – that’s equivalent to flying around the world more than once.

The arctic tern spends its summers in the Arctic Circle, where it breeds and raises its young. In the winter, it flies all the way to the Antarctic Circle to feed on fish.

This journey is made even more impressive by the fact that the arctic tern lives for a very long time – up to 30 years. This means that in its lifetime, this little bird travels up to 1.3 million kilometers.[1]

The arctic tern isn’t the only hardworking animal out there. Other creatures that travel great distances include the Arctic fox, which can walk up to 12,000 kilometers in a single year, and the Arctic hare, which can run up to 48 kilometers per hour.

African wild dogs are one of the most hardworking animals on the African continent. They are known to travel up to 50km a day in search of food, and will often work together as a pack to take down larger prey.

In addition to their hunting prowess, African wild dogs are excellent swimmers and can often be seen taking a dip in one of Africa’s many rivers or lakes.

While they may not be the biggest or most powerful animal on the African plains, the African Wild Dog is definitely one of the hardest working.[2]

Shrews are small, mouse-like animals that have long snouts. They are very active animals and can be found in a wide variety of habitats all over the world.

Shrews are known for being hard workers. They are constantly on the move, looking for food. In fact, they have to eat almost constantly just to stay alive. They have a very high metabolism, and their bodies burn through energy quickly.

This constant activity means that shrews don’t get a lot of rest. They usually only sleep for short periods of time and are always ready to go again.

Alpine swifts are one of the most hardworking animals on earth. They can fly up to 200 kilometers per day in search of food, and have been known to live for up to 11 years in the wild. These birds mate for life and build their nests together high in the mountains.

Alpine swifts are found in Europe, Asia, and Africa. They are one of the few bird species that can withstand cold temperatures and have been known to migrate to altitudes of over 4,000 meters.[3]

The alpine swift is an excellent example of an animal that is dedicated to its family and its way of life. These birds are a testament to the power of nature and the importance of hard work.

The humble honeybee is one of the hardest working animals on the planet. These incredible creatures are responsible for pollinating a huge amount of the world’s crops, and their honey is a delicious and healthy treat enjoyed by people all over the world.

Despite their small size, honeybees are incredibly strong and can fly for long distances. They live in hives with up to 60,000 other bees, and each bee has a specific role to play in the hive.

Ants are some of the most hardworking animals on the planet. Their never-ending quest for food drives them to work tirelessly, often working together in huge colonies. Ants have been known to carry up to 50 times their own body weight.

While they may be small, ants are incredibly strong and capable creatures. They are also intelligent and are able to communicate with each other using a complex system of chemical signals.

This allows them to work together as a team to achieve their goals.

Earthworms are hardworking animals that help keep our planet healthy. Without them, we would not have the clean air or water that we need to survive.

Earthworms are found in almost every part of the world. They live in the soil and help to break down dead plants and animals. This process is called decomposition. Decomposition is important because it helps create new soil.

Earthworms are also important for another reason. They help aerate the soil. This means they help to make small holes in the ground. This allows the roots of plants to grow better.

They may not be the most glamorous creatures, but they are definitely some of the most important.

Beavers are one of the hardest working animals in the animal kingdom. They are known for their dam building, which can be up to 12 feet high and 600 feet long. Beavers also gnaw on trees, which helps them keep their sharp teeth filed down.

In addition to their hard work building dams and gnawing on trees, beavers also help to aerate ponds and lakes, which helps to improve water quality.

Beavers are an important species in many ecosystems. They help to create habitat for other animals, they help to improve water quality, and they provide food for predators.

Hummingbirds are hardworking animals that play an important role in the ecosystem. These little birds are constantly on the move, flying from place to place in search of food. Hummingbirds have the highest metabolism of any vertebrate, meaning they need to consume more calories relative to their body size than any other animal.

While most birds migrate to avoid cold weather, hummingbirds are one of the few that actually migrate to find more food. And they don’t just fly south for the winter—hummingbirds have been known to travel over 3,000 miles in a single journey.

All that flying takes a lot of energy, and hummingbirds need to eat constantly to refuel. These birds eat primarily nectar from flowers, which they extract using their long tongues.

In addition to nectar, hummingbirds also eat insects, which they catch in mid-flight.

Bowerbirds are hardworking animals that build intricate nests and collect colorful objects to attract mates. These birds are found in Australia and New Guinea, and their striking nests and behaviors have made them popular subjects of study for biologists.

Bowerbirds get their name from the bowers, or nests, that they build. These structures can be quite complex, with some species building multiple levels and chambers.

The bowers are usually decorated with objects that the birds have collected, such as berries, leaves, flowers, and shells or bones. The male bowerbirds spend a great deal of time collecting these objects and arranging them in an appealing way to attract females.

While the bowerbird’s nesting and mating behaviors are interesting, biologists are also drawn to these birds because they offer insight into the evolution of color vision. Bowerbirds can see a wide range of colors, including ultraviolet light.

This ability to see ultraviolet light is thought to be relatively recent in evolutionary terms, and studying bowerbirds can help scientists understand how and why this change occurred.

Dung beetles are one of the hardest working animals on the planet. These little creatures can be found all over the world, and they play a vital role in keeping our environment clean.

Dung Beetles are attracted to dung (animal feces). When they find a fresh pile of dung, they roll it into a ball and roll it away to their home. Once they have their ball of dung, they bury it underground.

Without dung beetles, our world would be a lot messier. These amazing creatures help to keep our environment clean and healthy!

The Emperor Penguin is the largest member of the penguin family. It is also one of the most hardworking animals on Earth, spending up to 75% of its time hunting for food.

Emperor Penguins are native to Antarctica and can be found near the coastlines. They have a black back and head, with a white front and belly. Adult Emperor Penguins can weigh up to 45 kg (99 lbs), and measure up to 1.3 m (4 ft 3 in) tall.

They are great swimmers and can dive to depths of over 500 m (1,600 ft). They primarily eat fish, squid, and krill. To catch their prey, they use their beak and webbed feet to swim through the water at high speeds.

In the wild, Emperor Penguins can live for up to 20 years. Their life expectancy is reduced to 10 years in captivity.

What Are the Animals That Work Together to Survive?

What Is the Hardest Working Animal?

There are many animals that work together to survive in the animal kingdom. One of these is the ant. They are able to work together in such a way that they can build their nests, find food, and protect themselves from predators.