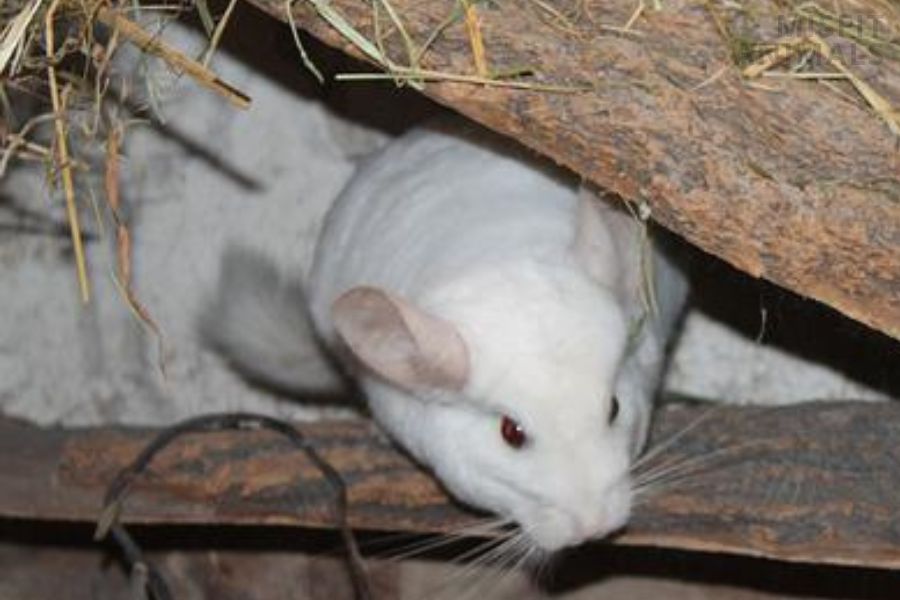 No, chinchillas do not smell. They are extremely clean animals and are almost odor-free. They keep their cage clean and dedicate an area for pooping to keep the rest of the cage hygienic.

Animals can be smelly, rodents especially. They are famous for giving off strong odors and being unhygienic.

While that is true for most rodents, it does not apply to chinchillas.

Unlike other rodents, chinchillas are relatively clean and do not make a mess of their cage. This makes them great pets for families of all ages.

Chinchillas are not smelly. Healthy chinchillas do not emit body odors of any sort. If you notice a funky smell inside your chinchilla cage, there is an underlying problem that needs your attention.

Chinchillas are odorless and extremely clean. Even their poop and urine don’t smell that much.

That also means that if your chinchilla smells bad, there is most likely an external factor contributing to it.

Due to their lack of odor, chins are hard to track if they get loose outside the cage. Other rodents can be tracked by their strong skin or fecal smell.

Proper cage cleaning is essential to keep your chinchilla’s environment safe and odor free though.

What Causes Chinchillas to Stink?

Chinchillas start to stink if their cage isn’t cleaned regularly, there’s a lack of proper care, or they have health problems. The most common reason for a bad chinchilla smell is the lack of proper cage cleaning.

Healthy chinchillas do not emit odors. If your chinchilla smells bad, there is something wrong.

Here are the main reasons why chinchillas and their cages begin to smell:

One of the most common causes of odor from chinchillas is an unclean cage.

Your chinchilla’s cage is its home. If you leave your home uncleaned for a while, it starts to stink. It’s the same thing with chinchilla cages.

You should clean your chinchilla’s cage twice per week to get rid of bacteria that cause a bad odor.

If you are using non-reusable bedding, make sure to change it regularly, as worn-out bedding can cause several diseases due to accumulated urine.

Diseases Can Cause Bad Smells

Illness is another cause of chinchilla odor.

Dental issues are serious and can be fatal if left untreated. Chinchilla’s teeth continue to grow forever[1]. In case of uneven growth, chinchillas develop dental issues, such as infections.

When the overgrown teeth hit the soft mouth tissue, it can cause mouth infections which emit an unpleasant odor.

There are several signs of dental infection in chinchillas:

Regular visits to a vet can help prevent this issue.

You should also make sure your chinchilla always has access to fresh water and food.

In the absence of fresh water and nutrition, chinchillas can develop illnesses and bacterial infections.

How to Eliminate Smell From Chinchilla Cage

Clean your chinchilla’s cage twice weekly to get rid of unwanted odors. Always have fresh water and food available to your chin, and keeping the bedding fresh and clean removes odor-causing bacteria.

Finding a smelly chinchilla cage is problematic because that shouldn’t be the case.

There are several reasons why chinchillas become smelly, and most of them can be avoided.

Here are some steps you can take to eliminate the smell from your chinchilla cage:

Take your chinchilla to a veterinarian in case of a medical issue.

How Often Should You Clean a Chinchilla Cage?

You should ideally clean your chinchilla cage at least two times a week[2]. Chinchillas are clean animals and do not litter much, but you still need to change bedding and remove bacteria.

If your chinchilla cage stinks from pee stains, you need to clean it more often.

Here’s how you clean a chinchilla cage:

Chinchillas are relatively clean animals. They are not smelly, which contrasts with most other rodents. There can be a medical issue if your chinchilla is emitting a foul smell. The most probable reason for the smell is an unclean cage.

You should clean your chinchilla cage at least twice a week to keep your chin healthy and fit. Take your chin to a veterinarian if the smell persists even after cleaning the cage or if you notice signs of a dental issue.

Yes, chinchillas can have gaseous buildup inside their stomach, which results in farts. Their farts do not produce any odor and are completely normal. You should not take your chinchilla to a vet if you hear a fart. Constant farting can be an issue that should be consulted with a professional.

Yes, chinchillas throw their poop. Chins don’t usually throw poop at their owners; instead, they choose to throw their nuggets outside the cage. The poop then falls to the floor, creating a mess. You should have a regular cage cleaning schedule, so poop does not accumulate, making chins throw it out.

Do Chinchillas Eat Their Poop?

Yes, chinchillas can and do eat their poop sometimes. You can also find your chin eating poop directly from its anus instead of the floor, which is even more disturbing.