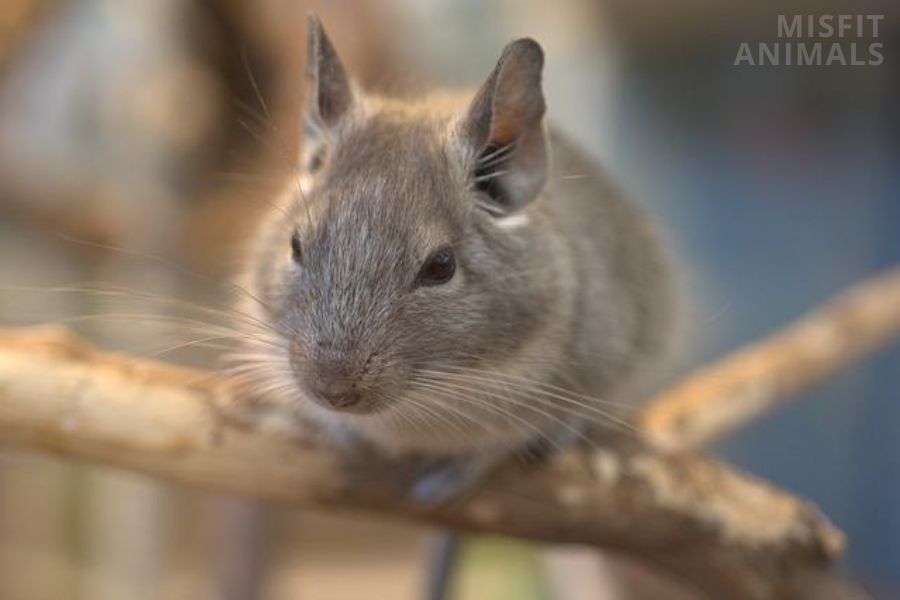 Chinchillas are small rodents native to Northern Chile. These animals are often kept as a pet but are a significant part of the fashion industry due to their soft fur.

They are related to Guinea pigs and porcupines and have short front limbs and long hind legs. These small rodents can outlive most dogs as pets but do not fare well in the wild.

This article talks about the lifespan of a chinchilla and why they live longer in captivity.

How Long Do Chinchillas Live?

Chinchillas live for about 15-20 years. Some chinchillas do reach more than 25 years though. This makes them long-living rodents. Most rodents do not live as long as Chinchillas.

Some factors affect the life expectancy of chinchillas:

There is a vast difference in the lifespan of these rodents depending on their habitat. Chinchillas living in the wild have a lower average life expectancy than those living as pets.

How Long Do Chinchillas Live in the Wild?

The average lifespan of chinchillas in the wild is around 10 years. This is significantly lower than pet chinchillas.

How Long Do Chinchillas Live as Pets?

With proper care and diet, chinchillas live 15-20 years as pets[2]. Proper nutrition and a safe environment allow them to be safe and healthy. Pet chinchillas also live longer than wild ones due to the absence of predators.

As pets, chinchillas are vaccinated. Vaccinations reduce the likelihood of chinchillas developing diseases found in the wild[3]. Close care and exercise help elongate a chinchilla’s lifespan.

Chinchillas’ average lifespan is around 15-20 years, depending on the environment it lives in. As pets, their life expectancy increases significantly.

The average lifespan of a chinchilla depends on its quality of life and its diet. There are several species of chinchilla, but they all live for about 15-20 years.

Chinchillas born in the wild are less likely to pass the age of 10 than those raised in captivity.

Different species of chinchillas have different lifespans. It is evident from statistics that chinchillas living in the wild are less likely to live beyond the age of 10 years.

These rodents can live a long time, making them one of the longest-living rodent species on the planet. Controlling their ambient temperature is one of the best ways to increase the lifespan of chinchillas.

Chinchilla Lifespan Depending on Species

Chinchillas live in the south American continent, mostly in the mountains of Chile. There are two major types of chinchillas – short-tailed and long-tailed.

The long-tailed chinchilla is the most common chinchilla in the world. They are usually kept as pets due to their high population. These chinchillas have small bodies with thin fur and long tails. Their neck and shoulders appear pinched.

Short-tailed chinchillas are rare because they were hunted throughout history. These rodents have blocked bodies and protruding shoulders. They are also recognized by their distinctive small ears.

Short-tailed chinchillas were hunted for their precious fur, which is thick and smooth.

Some breeders claim that you can increase the lifespan of these chinchillas to over 25 years. This takes proper diet and exercise.

Most Common Cause of Death for Chinchillas

Here are the most common causes of death for chinchillas:

Take extra care of your chinchilla to keep it healthy and elongate its life.

Overheating is one of the biggest causes of death in chinchillas. Their heavy fur on small bodies makes them vulnerable to overheating. Hot weather makes chinchillas heat up. This can lead to breathing problems and death.

Chinchillas require excess water to replenish their bodily fluids. Use glass water bottles so your chinchilla does not chew through them.

Keep your room to an ideal temperature to avoid making it too cold or too hot for your pet. Use a humidifier to control the temperature of the room, if required.

Chinchillas tend to chew everything. Pet chinchillas require proper attention and care. Your chinchilla can chew a live wire and die of electrocution if you don’t secure it in its cage.

Some people are unaware of how to handle a chinchilla. These rodents have soft bodies and are easily crushed.

Pick your chinchilla up with a steady and soft grip to avoid breaking any bones. A loose grip is also not ideal as dropping it can cause further damage.

Factors That Affect the Lifespan of Chinchillas

Many factors affect the lifespan of chinchillas. Habitat, environment, diet, and predators are the most important factors.

Chinchillas were not domesticated until the 1920s. Chile started domesticating these rodents to help preserve its declining population.

Here are the main factors that affect the lifespan of chinchillas:

How to Increase Your Pet Chinchilla’s Lifespan

Here are some of the best ways to increase your pet chinchilla’s lifespan:

Radar was the oldest living chinchilla in recorded history when he died on September 18, 2014. His age was 29 years and 229 days[4]. Radar was born in Germany, and Christina Anthony took him as her pet and took him to America.

Chinchillas are small mammals native to Chile. These rodents live for 10-15 years in the wild, and 15-20 years in captivity. They live longer in captivity than in the wild, where they are at the mercy of the environment and predators.

Check your chinchilla’s potential lifespan and health before getting one for yourself.

What is the Life Expectancy of a Chinchilla?

The average life expectancy of a chinchilla ranges from 10-to 20 years, depending on the environment it was raised in. Pet chinchillas usually live longer than wild ones. Captivity keeps chinchillas safe and fed, making them healthy and elongating their life.

Can chinchillas live up to 20 years?

With proper diet and care, chinchillas can exceed their average lifespan and live beyond 20 years. pet chinchillas are more likely to live beyond this age as they are not at risk of being hunted and are safe from the weather.

Do chinchillas live for 30 years?

There has not been a case of a chinchilla reaching the age of 30 years. Radar was the oldest living chinchilla when he died in 2014. He died at the age of 29 years and 229 days.