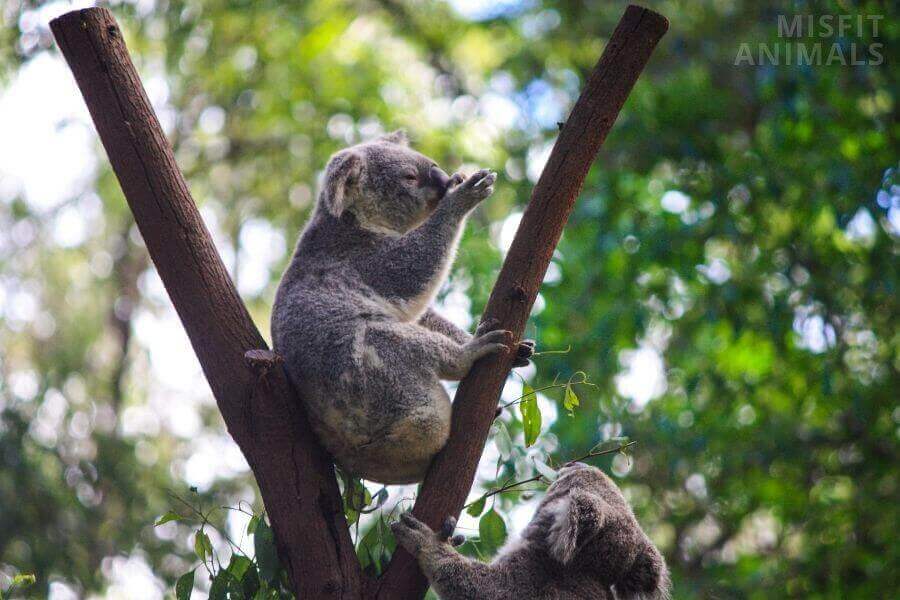 There are a lot of different types of animals in the world, and even more when you take into account all the different species.

With so many animals to learn about, it can be hard to pick which ones to focus on.

In this article, you can find a list of marsupials. From kangaroos and wallabies to opossums and koalas, these fascinating animals come from all over the world.

There are many different types of marsupials, including kangaroos and wallabies, koalas and wombats, opossums, sugar gliders, and Tasmanian devils.

Each type has its own set of unique characteristics, but all of them share the common bond of being marsupials.

The bandicoot is a marsupial animal native to Australia, New Guinea, and surrounding islands. With their small size and long, tapered snouts, bandicoots are closely related to rabbits and rodents. There are several different types of bandicoot, each with its own unique physical characteristics.

They are primarily nocturnal animals, meaning that they typically come out at night to search for food. They are herbivores, and their diet consists mainly of roots, shrubs, and grasses. Bandicoots are also good swimmers and climbers, making them highly adaptable to various environments.

Despite their small size, bandicoots have proven to be resilient, with some species surviving in areas of high human disturbance. The population is currently declining due to habitat loss and fragmentation, as well as predation from introduced species such as foxes and cats.[1]

Dunnarts are another species of marsupial found in Australia. There are different types of dunnarts, but the most common one is the little pigmy dunnart. These animals are very small, and they have a marsupium, which is a special pouch for carrying their young.[2]

Dunnarts are not well-known animals, but they are very important in the ecosystem. They help to control the population of invertebrates and rodents. They also help with pollination and seed dispersal.

There are many threats to dunnarts, including habitat loss and introduced predators. The biggest threat is climate change. As the climate becomes warmer, dunnarts are forced to move to cooler areas in search of food and shelter.

Gliders are small animals native to Australia with a fur coat that helps them to glide from tree to tree. They are nocturnal animals and are known for their camouflage.

These marsupials can glide from tree to tree using a membrane of skin between their forelimbs and hind limbs. They are very agile animals, both in the trees and on the ground, and have excellent eyesight for nocturnal creatures.

The Kangaroo, one of the most iconic animals found in Australia, is a fascinating and unique creature. Its long hind legs make it well-adapted for jumping and running at great speeds, while its strong front paws are used for grasping food.[3]

With their small head and large body, kangaroos have become a symbol of Australia all over the world. Despite their widespread popularity, there is still much to learn about these fascinating animals.

Kangaroos are found all over Australia, from the dry desert regions in the south to the tropical rainforests in the north. They thrive in a wide range of environments and have become well-adapted to life in Australia’s diverse landscapes.

As herbivores, Kangaroos feed primarily on grasses and other plants. They use their powerful hind legs to kick at predators, such as dingoes and snakes, and can also use their tails for balance when running or jumping.

Despite the name, koalas are not bears but marsupials, primarily living in Australia. The koala has soft, fluffy fur and large, round ears that help it to stay cool in hot weather.

Despite its appearance and cuddly appearance, the koala can be quite aggressive when threatened or approached by other animals.

Koalas are marsupials, which means that they have a pouch on their stomachs where they carry their young. Female koalas give birth to one or two joeys (baby koalas) at a time, and the joeys stay in their mother’s pouch for about six months.

When they are big enough to leave the pouch, the joeys ride on their mother’s back for a few months.

The koala’s diet mostly consists of eucalyptus leaves and bark, which it eats from the trees where it lives. This diet is difficult to digest and not very nutritious, but the koala has a lower body temperature than most other mammals and is able to survive on very little food.

Despite its wide range in Australia, the koala population has been declining rapidly as a result of habitat loss from deforestation and human development. These threats have also made the koala more vulnerable to predators such as foxes and feral cats.

Opossums are marsupials of the order Didelphimorphia. As the largest order of marsupials in the Western Hemisphere, it comprises 103 or more species in 19 genera.

These animals occur throughout Central and South America, though most species are found in the tropical regions south of the United States. In the United States, the Virginia opossum (Didelphis virginiana) is the only marsupial found north of Mexico.

A distinctive feature of all opossums is the presence of a marsupium, a pouch in which females raise their young. All male opossums have a forked penis bearing twin glands.

Although all opossums are opportunistic omnivores, different species vary in the amount of meat and vegetation they eat.

The quoll is a small, carnivorous marsupial native to Australia. Similar in size to a domestic cat, it has a thick coat of reddish fur and large, rounded ears.

Quolls are nocturnal predators, feeding primarily on mammals such as mice and rabbits. They have been greatly threatened by human encroachment on their habitat and the introduction of non-native predators, such as foxes and cats.

The smallest species, the Western Brush Quoll (Ailurops ursinus), is only 30 cm long and weighs around 250 g.

The numbat is a small mammal found in Western Australia, with a long tail and fur that is mostly brown or grayish-black. The head is reddish-brown, with white markings around its face.

Numbats once lived across Australia, but now they are only found in a small area of Western Australia. They live in dry eucalyptus forests and woodlands, where they eat termites. Numbats are mostly active during the day, and they use their long tongues to lick up around 20,000 termites every day.

They are now endangered and only found in a few small populations. Threats to their survival include land clearing, habitat destruction, competition from introduced species such as cats and foxes, and climate change.

Despite these challenges, conservation efforts in Australia aim to bring back the Numbat population by creating protected areas, controlling predators, and planting native trees and shrubs.

The Tasmanian devil is a ferocious, carnivorous marsupial that inhabits the island of Tasmania. This animal has evolved to be a top predator in its harsh environment, making it one of the most deadly animals on earth.

It is roughly the size of a small dog, with strong jaws and sharp teeth that are perfect for tearing flesh. These animals are nocturnal, meaning they hunt at night. Their primary preys are small mammals and birds, but they will also eat reptiles, fish, and insects.

While the Tasmanian devil is a predator, it is not without its own predators. Humans are the biggest threat to this animal, as they have hunted it for its fur and body parts. Other predators include dingoes, eagles, and Tasmanian tigers.

The Tasmanian devil is currently listed as an endangered species, due to habitat loss and human hunting.

The wallaby is the common name for a member of the Macropodidae family of marsupials. They are native to Australia and New Guinea. There are many different species of wallaby, including the well-known red-necked wallaby and the more elusive rock wallaby.

Wallabies are small to medium-sized marsupials with stocky legs, muscular hindquarters, and large feet. Their tails are long and used for balance when hopping. Wallabies are proficient jumpers and can leap up to 3m (9.8ft) from a standing start.

They are mostly herbivores, grazing on grasses, herbs, shrubs, and leaves. They do also eat insects and small reptiles on occasion. The diet of each species is determined by what food sources are available in its natural habitat.

Wallabies breed year-round, with a short resting period after birth during which the mother nurses her young. After this period, female wallabies will return to their nesting grounds to give birth to another joey.

The wombat is a marsupial native to Australia. It is a short-legged and muscular animal, typically around two feet long and weighing up to 35 pounds. The wombat is nocturnal, spending most of its time in burrows during the day. It is a herbivore, feeding primarily on grasses and roots.

They have a number of unique physical adaptations making them well-suited to their native habitat. Its body is designed for digging, with strong hind legs, large claws, and flat feet that help it burrow easily through the loose soil of its environment.

Wombats also have a very thick hide that protects them from predators.

Despite these adaptations, the wombat is currently threatened by habitat loss and hunting. The clearing of forests for agriculture has reduced the amount of available habitat, while humans often hunt wombats for their fur or eat them as a source of traditional medicine.

Many conservation efforts are underway to protect this iconic Australian animal. Efforts to educate the public about the importance of conserving habitats are helping to reduce the pressure on wombats. Protected areas are also being established to ensure that these unique creatures will continue to thrive in the wild.

What Animals Are Marsupials?

Marsupials are characterized by several features, including a pouch in which they carry their young. This pouch is located on the front of the marsupial’s body and is used to protect and nurse the young until they are old enough to fend for themselves. Marsupials also have a shorter gestation period than other mammals, and their young are born at a very early stage of development.

How Many Marsupials Are There?