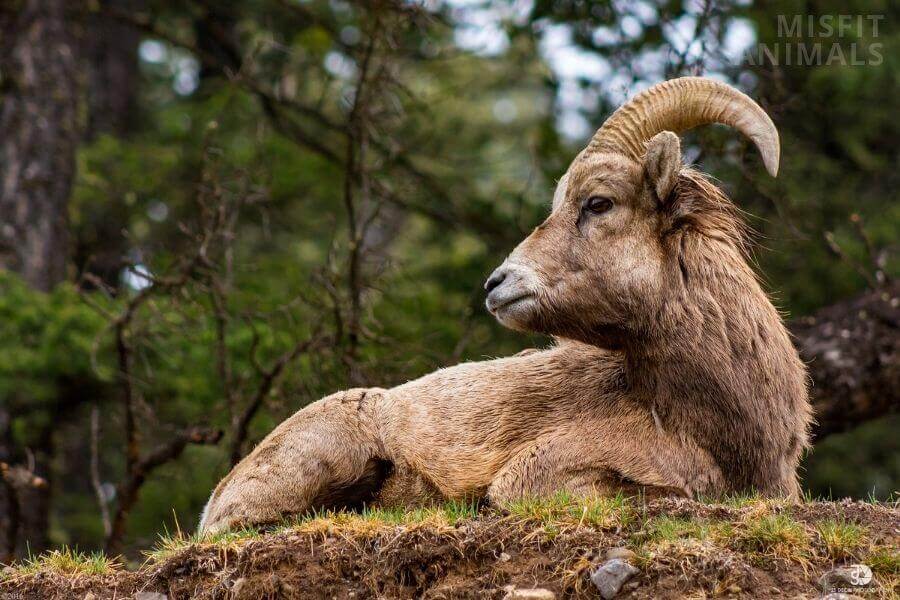 Do you know the difference between antlers and horns?

Most people don’t. In fact, many people assume that all horned animals have antlers.

But that’s not the case. There are 10 different kinds of animals in the world with horns.

Let’s take a look at them.

There are many animals that have horns, and they come in all shapes and sizes. Horns can be used for protection, to attract mates, or as a status symbol.

Here is a list of some of the most notable horned animals.

It is also known as the screw Horn goat and wild goat. Markhors are the largest members of the Capra genus and are distinguished by their large, spiraling horns.

These horns can grow up to 62 inches (160 cm) in length and have been known to reach a diameter of 25 cm at the base. The markhor is an endangered species and has been classified as “Near Threatened” by the IUCN.

The markhor is a large goat with both sexes reaching a shoulder height of between 90 and 100 cm. Males typically weigh between 80 and 140 kg, while females weigh around 65 kg. The coat is short and woolly and can be black, brown, or tan in color.

Siga (Saiga tatarica) are a critically endangered species of horned antelope that live in the steppes of Central Asia. Though their numbers have dwindled in recent years due to hunting and habitat loss, saiga still remains an iconic part of the Eurasian landscape.

Saigas are well-adapted to their arid habitat and can go for long periods without water. They get most of the moisture they need from the plants they eat.

Horns are an important heat-regulating mechanism for saiga, as they help to shed excess body heat in the hot summer months. The saiga horn length can reach 11–15 inches (28–38 cm) in length.

The primary threat to saiga populations is hunting. In some parts of their range, saigas are considered a delicacy and are hunted for their meat. Horns are also prized as trophies and used in traditional Chinese medicine, further exacerbating the pressure on saiga populations.

Habitat loss is also a major threat to saigas. As human settlement expands into their range, saigas are forced out of their natural habitat and into areas where they compete with livestock for food and water.

This can lead to conflict with local people, who may see saigas as a nuisance or a threat to their livelihoods.

The Nubian Ibex is one of the many horned animals that exist in our world. Though their numbers have been in decline, they are still impressive and powerful animals.[2]

The biggest threat to their existence is humans, as we continue to encroach on their habitat and disrupt their way of life.

Bharal are native to Asia and can be found in countries such as India, Nepal, Bhutan, and China. Bharal are also known as “blue sheep” or “Asiatic wild sheep”.

This is because the bharal was originally thought to be a member of the genus Capra, which includes goats and ibex. DNA evidence has shown that the bharal is more closely related to sheep than to goats.

Bharal are social animals and live in herds of 10-20 individuals. These herds are usually made up of females, their young, and a few adult males.

Addax are a species of antelope that are notable for their long, curved horns. The horns are used for defense and to help the addax navigate through its habitat. Addax is native to Africa and can be found in the Sahara Desert.

The addax is a critically endangered species with only around 300 individuals left in the wild. The main threat to the addax is hunting for their horns, as they are used in traditional medicine. Addaxes are also hunted for their meat and skin.

They a very shy and reclusive. They are most active at night and spend their days hiding in the shade[3]. The addax is very good at camouflage and can be hard to spot in their natural habitat. Addaxes are a unique and fascinating species of a horned animal. Though they are critically endangered, hopefully with more awareness and protection they will be able to thrive in the wild once again.

The mouflon is a species of wild sheep that are often considered to be the ancestor of modern domesticated sheep. They are believed to originate from the mountains of central Asia and later spread to Europe and North Africa.

A mouflon is characterized by its thick, woolly coats and large, curved horns. Both male and female mouflon have horns, although the horns of the males are typically larger and more curved. The horns can reach up to 20-29 inches (50-74 cm) long.

They are relatively rare animals, and their populations have declined in recent years due to habitat loss and hunting. They are hunted for their meat, which is considered to be a delicacy in some parts of the world, as well as for their horns, which are used to make ornamental objects.

Blackbucks are horned Animals usually found in India. The males have two prominent horns which can grow up to 25 inches, while females generally only have one horn or none at all.

The Blackbuck is a moderately sized antelope and is considered the fastest animal in India. Males stand at about three feet at the shoulder, while females are slightly smaller.

They are generally black in color with a white ventral region. The Horns are ringed with light and dark bands. Blackbucks inhabit dry open grassland and scrub forest areas.

This is an important species in Hinduism and has been legally protected in India since 1951. Despite this, the species is still hunted and their habitat continues to shrink. As a result, the Blackbuck is classified as Near Threatened by the IUCN.

The main threat to the Blackbuck is habitat loss due to the conversion of land for agriculture and overgrazing. They are also hunted for their meat and horns.

In some areas, they have been declared vermin and killed in large numbers. Conservation efforts are underway in many parts of their range to protect the Blackbuck and their habitat.

The Scimitar-Horned Oryx is a species of antelope native to North Africa. The animal is easily recognizable by its long, curved horns. The horns are used primarily for defense, but they also help the oryx to stay cool in hot climates.

The oryx has a number of adaptations that enable it to survive in its arid habitat. These adaptations include its long legs, which help it to cover large distances quickly, and its coat of fur, which helps to protect it from the sun.

They are social creatures, living in herds of up to 30 individuals. The herds are led by a dominant male, and they typically stay together for life.

The oryx is also an endangered species. The population has declined sharply in recent years. The main threats to the oryx are habitat loss and hunting.

The Giant Eland is a species of antelope that can be found in parts of Africa. It is the largest member of the genus Taurotragus, and can weigh up to 2,000 pounds.

The Giant Eland is distinguished by its large size and its horns, which can grow up to 47 inches (120 cm) long.

Both male and female Giant Eland have horns, although the horns of the males are usually larger. The Giant Eland’s coat is a reddish-brown color, and it has a white stripe running down its back.

They are classified as being of least concern by the IUCN, as it has a large range and a stable population. However, the species is still hunted for its meat and horns, and its habitat is being increasingly encroached upon by human development.

As a result, the Giant Eland’s population is slowly declining.

This chameleon is a horned animal. It is a lizard that is found in Africa. Horns are not common among lizards, so this makes Jackson’s Chameleon unique.

The horns on the chameleon are used for defense and mate attraction. Horns also help to distinguish males from females. Male Jackson’s Chameleons have longer and more pronounced horns than females.

Jackson’s Chameleons are usually a green color, but can also be brown or yellow. They grow to be about 18 inches long. These lizards are carnivores and eat insects.

What Animal Has the Biggest Horns?

The Asian water buffalo has the longest horns of any living creature. These massive animals can weigh up to a ton and a half, and their horns can grow up to six feet long. Other horned animals include African buffalo, eland, and kudu.

What Animal Has Strange Horns?

The addax is a horned animal that is native to Africa. These animals are known for their strange horns, which can grow up to three feet long. Addaxes are generally peaceful creatures, but they can be very dangerous if provoked. These animals are also very rare and are considered to be threatened with extinction.