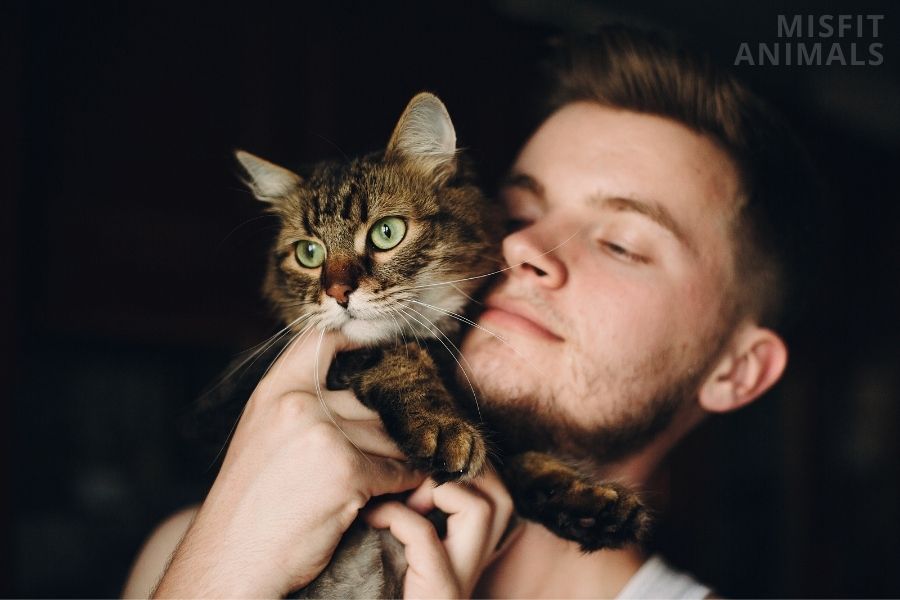 Do you have a favorite animal?

There’s a good chance that animal is considered to be one of the friendliest animals in the wild. From sheep to bunnies, these animals are typically considered to be docile and approachable.

Here is a list of ten of the friendliest animals in the wild, perfect for those who love spending time outside surrounded by wildlife.

There are many friendly animals we can share our lives with.

Below is a list of some of the friendliest animals around, perfect for anyone looking for a new furry friend:

Swans are often considered to be among the friendliest animals. They are very social creatures and enjoy the company of others. They are also very protective of their young and will fiercely defend them if necessary.

These animals all enjoy the company of humans and are often very affectionate. They are also generally easy to train and care for, which makes them ideal pets.

If you are looking for a friendly and affectionate animal, then a swan may be the perfect choice for you.

Dogs are one of the most popular pets in the world. They are known for their loyalty and companionship. Dogs come in all shapes and sizes, and there is a breed to suit almost every lifestyle.

While all dogs have some inherent friendly qualities, some breeds are more outgoing and social than others[1]. Consider the breed of the dog before considering adoption.

The most common friendly dog breeds are:

All of these breeds make great family pets. They are good with children and other animals, and they enjoy being around people.

Guinea pigs are some of the friendliest animals around. They love to be around people and other animals, and they are very social creatures. They are also very curious and playful, and they make great pets for families with children.

Guinea Pigs are native to South America, and they were first domesticated by the Incas. Today, they are one of the most popular pets in the world.

They are relatively easy to care for and don’t require a lot of space, able to live indoors or outdoors. They do need a warm place to stay if they live outdoors. They also need a diet of hay, fresh vegetables, and a small number of pellets.

Guinea Pigs are social creatures, so it’s best to keep them in pairs or groups.

Guinea Pigs make great pets for families with children. They are very curious and playful, which makes them entertaining to watch.

If you’re looking for a pet that is low-maintenance and will provide you with hours of enjoyment, then a Guinea Pig is the perfect choice for you.

Horses are some of the friendliest animals around. They are gentle by nature and have a calming effect on people, which is why they are often used in therapy[2]. If you’re looking for a companion animal, a horse might be a perfect choice.

Horses are herd animals, so they are used to being around other creatures. This means that they are generally quite social and enjoy the company of others, including humans. Horses form strong bonds with their owners and can become very attached to them.

They are also very intelligent animals. They are able to learn tricks and commands, and they have a good memory. This makes them easy to train and work with. They are very perceptive and can sense when something is wrong or when someone is feeling sad or scared.

Sheep are some of the friendliest animals in the world. They are gentle and loving, and they make great companions. When you meet a sheep, you can’t help but feel happy.

There are many reasons why sheep are so friendly. For one, they live in close-knit groups and form strong bonds with one another. This makes them incredibly social creatures. They also have a strong sense of smell, which allows them to identify and remember other sheep.

Sheep are also curious animals. They are always exploring their surroundings and are quick to approach new things. This makes them seem very friendly to humans.

Rabbits are not only one of the friendliest animals but also one of the most popular pets. Rabbits are intelligent, social creatures that enjoy being around people and other animals.[3]

They are easy to care for and can provide years of companionship.

Rabbits come in a variety of shapes and sizes, and there is sure to be a rabbit breed that is perfect for you:

Rabbits are relatively easy to care for. They need a diet of hay, pellets, vegetables, and water. They also need a place to run and play, such as a large cage or hutch. Rabbits are social creatures and do best when they have another rabbit to cuddle with.

Capybaras are some of the friendliest animals on the planet. They’re gentle, social creatures that love nothing more than spending time with their family and friends. If you’re looking for an animal companion that will bring joy to your life, a capybara is certainly worth considering.

As herbivores, their diet consists mostly of grasses and leaves. They’re very gentle creatures, and they’re not known to be aggressive. Capybaras are social animals that live in family groups, and they’re often seen cuddling with each other.

They’re also excellent swimmers, and they love to cool off in the water on hot days,  but they are large animals, so they need a lot of space.

Dolphins are some of the friendliest animals on earth. They are highly intelligent and have been known to help humans in need. Dolphins are very social creatures and often live in pods of up to 12 dolphins. They communicate using a variety of sounds, including clicks, whistles, and squeaks.

Dolphins are curious creatures and often approach humans to investigate, often engaging in play with humans and other animals. Dolphins have been known to help humans in need, such as by rescuing them from drowning or helping them to safety during storms.

These water creatures are gentle giants and are a true delight to encounter.

The giant panda, also known as the panda bear or simply the panda, is a bear native to South-central China. It is easily recognized by its large, distinctive black patches around its eyes, over the ears, and across its round body.

Though it belongs to the order Carnivora, the giant panda’s diet is over 99% bamboo. Giant pandas in the wild occasionally eat other grasses, wild tubers, or even meat in the form of birds, rodents, or carrion.

In captivity, they may receive honey, eggs, fish, yams, shrub leaves, oranges, or bananas along with specially prepared food.

The giant panda lives in a few mountain ranges in central China, mainly in Sichuan province, but also in neighboring Shaanxi and Gansu. As a result of farming, deforestation, and other development, the giant panda has been driven out of the lowland areas where it once lived.

Cats are one of the friendliest animals around. They are loving, adorable, and make great companions.

When it comes to cats, there are many different breeds to choose from. Here are some of the most popular breeds:

Each breed has its own unique personality traits that make them special.

Siamese cats are known for being very vocal. They love to meow and will let you know when they want attention. They are also very loyal and affectionate towards their owners.

Persian cats are known for being very calm and relaxed. They make great lap cats and love to cuddle.

Maine Coon cats are known for being playful and energetic. They are also very intelligent and can be trained to do tricks.

What Is the Nicest Animal in the World?

The nicest animal in the world is undoubtedly the capybara. These social animals are native to South America and are closely related to guinea pigs. Capybaras are gentle, friendly creatures that live in Family groups and get along well with other species. They are also very intelligent, as they can learn tricks and commands quickly.

What Is the Friendliest Animal to Humans?

Dogs are often considered to be the friendliest animal to humans, and for good reason. Dogs have been bred for thousands of years to be loyal companions, and they typically form strong bonds with their owners. Studies have shown that dogs can even understand some human speech, and they are often used as service animals or therapy animals because of their ability to provide comfort and companionship.