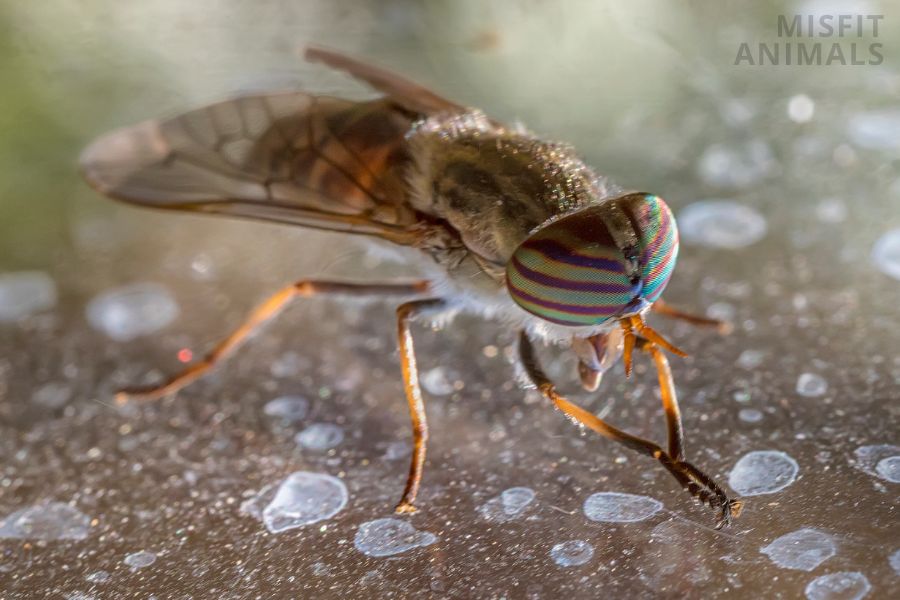 Some bugs are a little less welcome than others – like the blood-sucking variety. Though they are tiny, these critters can make your life a living nightmare.

If you’re curious about the blood-sucking bugs that might be lurking around your house, read on for seven of the most common types.

Most people has been bitten by a bug at some point. While not all bites are bad, there are a few insects that are particularly notorious for their blood-sucking habits.

The blood-sucking conenose, also known as the kissing bug, is a common household bug that feeds on the blood of humans and animals.[1]

These bugs are often found in warm, humid areas, such as the southern United States. While they are not known to transmit diseases, their bites can be painful and cause irritation.

If you think you may have a blood-sucking conenose in your home, it is important to take action immediately. They are attracted to light, so they often congregate around windows and doors.

You can use a vacuum cleaner or contact an exterminator to remove them from your home.

If you have been bitten by a blood-sucking conenose, it is important to clean the wound immediately. You should also seek medical attention if you experience any allergic reactions or if the bite becomes infected.

The sandfly is a small, blood-sucking insect that commonly infests houses. These bugs are usually found near sources of water, such as in damp basements or near leaky pipes. Sandflies are not only a nuisance, but they can also transmit diseases to humans and animals.

There are a few different ways to get rid of sandflies, but insecticide sprays and traps are usually the most effective.

If you think you may have a problem with sandflies, contact a pest control professional to assess the situation and devise a plan to get rid of these pesky insects.

The head louse is a small, wingless insect that lives among human hair and feeds on blood. Head lice are a common problem, particularly among children[2]. They’re not dangerous and don’t spread disease, but they can be annoying.

Lice are most often found in the hair at the back of the neck and around the ears. They’re hard to see due to their small size.

If you notice your child scratching their head a lot, they may have lice.

If you think your child has head lice, you can buy special shampoos from the pharmacy, or you can try a home remedy.

Either way, it’s important to be thorough in your treatment to make sure all the lice are gone.

Although they are often seen near horses, horse flies can be found near any type of mammal. They are attracted to the heat and movement of their prey. The female horse fly feeds on blood to produce eggs. The male does not bite.

Horse flies are about 1/2 inch to 1 inch long. They are dark-colored with patterned wings. The females have a serrated edge on their abdomens that they use to slice through the skin.

Horse fly bites are painful and can cause swelling and itching. If you are bitten, wash the area with soap and water and apply a cold compress to reduce swelling.

These pests are also more than a nuisance. They can transmit diseases to humans and animals, including West Nile virus and equine encephalitis.

The stable fly, also known as the house fly, is a common blood-sucking insect found in houses. It is about the size of a housefly, but with a long proboscis that it uses to pierce the skin and suck blood.

Stable flies are nuisances because they bite people and animals, causing pain and irritation. They can also transmit diseases, such as cattle grubs, to humans and animals.

They are found all over the world, but they are most common in warm climates. They breed in manure and other decaying organic matter, so they are often found near stables and farms.

In the summer, they can be found in gardens and other outdoor areas where there is food for them to eat.

You should wear long-sleeved shirts and pants to avoid stable fly bites. You can also use insect repellent. If you live in an area where stable flies are common, you may want to consider using a fly trap to catch them.

Mosquitoes are small, fly-like insects that are known for sucking blood from humans and animals. There are over 3,500 species of mosquitoes, and they live in almost every corner of the world.

Mosquitoes are attracted to the carbon dioxide that we exhale, as well as the heat emanating from our bodies[3].

When a mosquito bites, it injects us with saliva which contains proteins that can cause an allergic reaction. For some people, this can be just a mild irritation. For others, it can cause a more serious reaction, such as swelling and redness at the site of the bite.

In extreme cases, mosquito bites can even lead to death due to the diseases they spread.

The best way to protect yourself from mosquito bites is to wear long-sleeved clothing and pants when you are outdoors and to use mosquito repellent.

If you do get bit by a mosquito, you can treat the bite with a topical antihistamine or corticosteroid cream.

Bed bugs are small parasitic insects that feed on the blood of humans and animals. They are reddish-brown in color, wingless, and have a flat body shape. Bed bugs often live in mattresses, upholstered furniture, and in cracks and crevices in walls and floors.

These pests are most active at night when they emerge from their hiding spots to feed on their unsuspecting victims. They typically bite the exposed skin of their victim, leaving behind a small, red, itchy bump.

While bed bug bites are generally not harmful, they can be quite uncomfortable and difficult to get rid of.

Contact a professional pest control company if you think you have bed bugs.

There are a few blood-sucking animals that often live in houses, including sandflies, horse flies, mosquitoes, and bed bugs. While they are small and seemingly harmless, they can cause big problems if not dealt with quickly and appropriately.

What Is the Small Black Bug That Lives off of Blood?

The small black bug that lives off of blood is most likely a bed bug. Bed bugs are small, parasitic insects that feed on the blood of humans and animals. They are reddish-brown in color, wingless, and have a flat body shape. Bed bugs are often found in mattresses, upholstered furniture, and in cracks and crevices in walls and floors.

Some flies do suck blood, but not all of them. The most common type of fly that sucks blood is the stable fly. Stable flies breed in manure and other decaying organic matter, so they are often found near stables and farms. In the summer, they can be found in gardens and other outdoor areas where there is food for them to feed on.

Are There Bugs That Have Blood in Them?

No, insects have hemolymph. Hemolymph is a fluid that carries nutrients and oxygen to tissues in insects. It is similar to blood in vertebrates, but it does not contain red blood cells. Insects have an open circulatory system, which means that the hemolymph is not confined to blood vessels. Instead, it fills the spaces between tissues and organs.