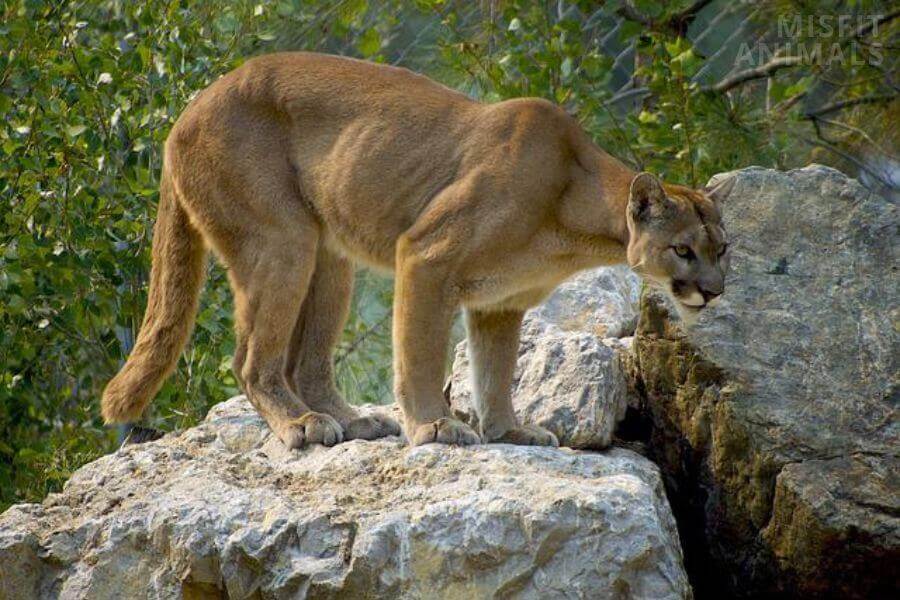 Cougar, mountain lion, and puma are all names for the same animal. Scientifically known as Puma concolor, this versatile species live across the Americas. Due to its huge geographic range, the cougar is known by many names. This large feline is the same no matter what it’s called. There are no major differences between cougars, mountain lions, or pumas.

The Puma concolor is known by many names. Spread across many different regions, with different people and languages, different common names have developed.

While the main differences are the names themselves, there are a few minor distinctions based on geography and climate that affect appearance and behavior.

In this article, we’ll take a look at the different names used for this species, observe the differences caused by climate and geography, and more.

Cougar vs. Mountain Lion vs. Puma

Cougars, mountain lions, and pumas are all the same species of animal. The difference between the three is their name. The Puma concolor has an enormous range, interacting with many different cultures, and has gotten different names depending on the region.

Cougar, mountain lion, and puma aren’t the only names used for the Puma concolor. Mountain lions are known by many other names, by some accounts over 40 just in English. Some subspecies even have several names.[1]

Besides cougars and pumas, they are also called catamounts, panthers, American lions, ghost cats, and other names.

The species is officially regarded as the mammal with the most names.

Not all of the names are popular, as some are used more than others. Here’s an overview of the most important:

The origins of Cougar, Mountain Lion, and Puma

The Puma concolor has many different names due to its versatility and huge range. Many different cultures have encountered the large feline and given it a unique name.

The name “cougar” is frequently used about the large American feline in most of North America. The species is called “cougar” in USA and Canada.

Some native human populations of Brazil called the tawny feline “cuguacuarana”. This name was adopted by the Portuguese and then shortened by the French. From the french name “cuguar” we later got the English version, “cougar”.

“Mountain lion” is also often used in the US and Canada when talking about the Puma concolor. It’s not as common as “cougar”.

This name has its originates from the explorer Amerigo Vespucci. Vespucci (and later Christopher Columbus) described “lions” on the coast of Nicaragua.

While they weren’t African lions, they were somewhat similar.

By observing the feline’s affinity with mountainous environments, the people in the Americas slowly started calling the American “lion” by the name “mountain lion”.

“Puma” is by far the most common name for the large cat, shared across many languages. This is also the name of the large cat’s genus.

The origin of the word “puma” is found in Inca culture. The speakers of Quichua in South America called the big feline “Puma” which means powerful animal.[2]

Many other names are used for Puma concolor across its vast range. Some other notable English names are:

These names aren’t as common as the other names. The most notable is “panther”. Leopards and jaguars are generally called panthers, but some populations of cougars also have this name.

Mountain Lion Subspecies and Their Names

Mountain lions (or cougars) are split into many subspecies. Different people divided them based on small differences between individuals and the region they live in.

Today there are only two officially recognized subspecies of mountain lions:

The two subspecies aren’t very different from each other, with most differences being minor adjustments in habitats and diets.

Both subspecies follow Bergmann’s rule: they are larger in the colder parts of their range.

The North American cougar, is scientifically known as Puma concolor cougar. This is the northern subspecies of the mountain lion.

Contrary to its name, it isn’t found exclusively in North America. This subspecies is also found in Central America and northwestern South America.

The northern cougar was extirpated from eastern North America. Due to hunting by humans and habitat loss, the populations from the eastern US and Canada slowly diminished.

Today cougars are slowly moving back into the midwest and eastern states.[3]

This subspecies is the less versatile of the two. It prefers to hunt for large ungulates, such as deer, elk, and moose. It can successfully hunt other prey too, but a large part of its diet consists of large ungulates.

Some populations of North American cougars have developed unique hunting behavior as an adjustment to their environment.

For example, the Florida panther population hunts hogs, armadillos, and even small alligators.

The southern cougar’s range doesn’t cover the whole of South America. In the northwestern parts of the continent, the northern cougar is present.

South American cougars are extinct in some regions west of the Andes and on the western coasts of the continent.

The southern cougar is more adaptable than its northern counterpart. They have the same hunting ability but the southern cougar generally has a more diverse diet, with a lower percentage of the diet consisting of large ungulates.

They normally hunt smaller animals, but they also hunt more frequently. In the southern parts of Chile and Argentina, cougars hunt for the wild cousins of llamas and alpacas, called vicuñas and guanacos.[4]

South American jaguars are larger than the ones in North and Central America. This influences the mountain lion population in these areas, forcing them to hunt different prey. Jaguars and cougars are competitive in South America.

Cougar, mountain lion, and puma are all different names for the same species: the Puma concolor. These large felines are known by many names across their vast range. They are also sometimes called “panthers”, “painters”, and “catamounts”.

Due to its contact with a multitude of human cultures, the cougar is known by different names in different regions. There are two subspecies of cougar, the North, and South American cougars.

The northern subspecies is generally called “cougar”, while the southern one “puma”. 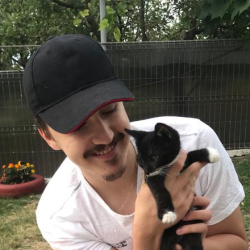