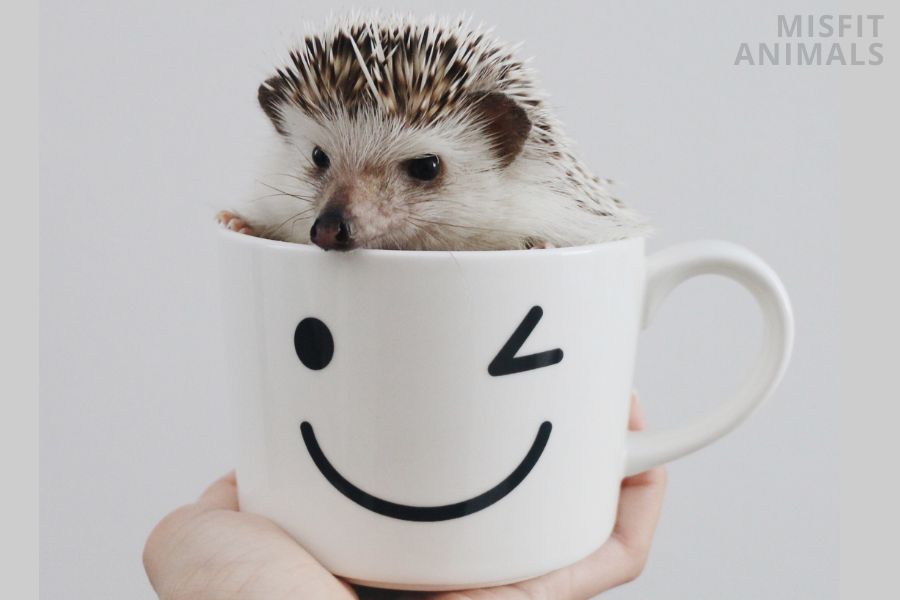 If you’re an animal lover, there’s a good chance you’ve fallen for the charms of the hedgehog at some point.

These little creatures are undeniably adorable, but did you know they have a pretty short lifespan?

In this post, we’ll give you a breakdown of how long hedgehogs typically live and what factors can affect their lifespan. So if you’re thinking about adding a hedgehog to your family, read on to learn more about what to expect!

What Is the Lifespan of a Hedgehog?

Hedgehogs have a lifespan of 2-5 years. The majority of hedgehogs die within their first year of life due to predation or disease.

Hedgehogs are popular pets in many parts of the world. These animals are relatively low-maintenance pets that do not require a lot of care.

They do however carry diseases that can be harmful to humans, so it is important to wash your hands after handling them.

Hedgehogs typically live longer in captivity than they do in the wild.

How Long Do Hedgehogs Live In Captivity?

The average lifespan of a hedgehog in captivity is 4-5 years, but some have lived up to 8 years.

Hedgehogs require a lot of care and attention. If you are thinking about getting a pet hedgehog, be prepared for a commitment.[2]

How Long Do Hedgehogs Live in the Wild?

Hedgehogs live 2 to 3 years in the wild. In the wild, hedgehogs face many predators including foxes, weasels, and badgers. This is largely why they live shorter lives in the wild compared to hedgehogs kept as pets.

Average Lifespan of a Hedgehog

The average lifespan of a hedgehog is 2 to 5 years.

Hedgehogs are solitary animals and only come together to mate. Females give birth to litters of 4 to 6 babies, called hoglets.

The lifespan also depends on the species. Some hedgehogs live longer than others.

African pygmy hedgehogs typically live 1-4 years in the wild but can live up to 10 years in captivity. In the wild, these animals face many dangers, such as predators and diseases. In captivity, they are protected from these threats and have a much longer life span.

The African pygmy hedgehog is a small mammal that is native to Africa. They are generally found in areas with a lot of vegetation, such as forests or grasslands.

If you are considering getting an African pygmy hedgehog as a pet, be prepared to keep them for a long time. With proper care, your hedgehog can enjoy a lifespan of 5-10 years.

Most Common Causes of Death for Hedgehogs

Hedgehogs are considered hardy animals. But, they can still suffer from a variety of health problems that can lead to death.

Here are some of the most common causes of death for hedgehogs:

Hedgehogs are susceptible to both internal and external parasites[3]. The most common cause of death in hedgehogs is due to internal parasites, specifically gastrointestinal nematodes.

External parasites, such as mites and ticks, can also be a problem for hedgehogs and can lead to secondary infections.

Ringworm is one of the most common causes of death for hedgehogs. It is a highly contagious fungal infection that affects the skin, hair, and nails. Hedgehogs can contract ringworm from other animals, contaminated surfaces, or even humans.

The fungus thrives in warm, moist environments, and survives for long periods on clothing, bedding, and other materials.

Cancer is a common medical condition causing fatalities in hedgehogs.

There are many different types of cancer that can affect hedgehogs, but the most common type is gastrointestinal cancer. This type of cancer usually affects older hedgehogs and is difficult to treat.

Other types of cancer that hedgehogs can get include skin cancer, bone cancer, and ovarian cancer.

Pneumonia affects many hedgehogs and contributes to early death. It is a condition that affects the lungs and can be fatal if left untreated. Hedgehogs are particularly susceptible to pneumonia due to their small size and lack of immunity.

Pneumonia can be caused by a number of different things, including viruses, bacteria, or fungi.

The symptoms of the gastrointestinal disease can vary depending on the specific condition but can include abdominal pain, diarrhea, constipation, and weight loss.

Obesity is one of the most common health problems in hedgehogs. It is caused by an imbalance of energy intake and expenditure and can lead to a number of serious health complications.

The most common cause of obesity in hedgehogs is overfeeding. Hedgehogs have small stomachs and are unable to regulate their food intake effectively.

This means that they are easily able to overeat, and quickly become obese.

Hedgehogs are small, nocturnal creatures that can be found in gardens and hedgerows across the planet. They are an important part of the ecosystem, helping to control invertebrate pests.

But, they are also prey for a range of predators, both native and non-native. The most common predators of hedgehogs are:

Factors That Determine the Lifespan of Hedgehogs

The lifespan of a hedgehog is determined by numerous aspects. The most important factors are:

While hedgehogs typically live between 2 and 5 years in the wild and often live up to eight years in captivity, their lives can easily be cut short.

Let’s take a closer look at these three factors:

Other genes that influence lifespan include those involved in metabolism, immune function, and stress response.

Hedgehogs with mutations in these genes tend to live shorter lives than those without these mutations.

Food is one of the primary factors that determine the lifespan of hedgehogs, and all other animals. A hedgehog’s diet should consist of fresh fruits and vegetables, lean proteins, and whole grains.

Hedgehogs also require a source of water, such as a water bowl or bottle.

A hedgehog’s diet is important not only for their longevity but also for their overall health. A healthy diet will help hedgehogs maintain a healthy weight, improve their digestion, and reduce the risk of diseases.

Habitat is a major factor in determining the lifespan of hedgehogs. Hedgehogs that live in areas with abundant food and water and little or no human disturbance will typically live longer than those that do not have these conditions.

In general, hedgehogs living in captivity have a longer lifespan than those in the wild, due to the better care, availability of food, proper housing, and safety measures against predators.

While hedgehogs in captivity still are susceptible to diseases, their caretakers treat them with modern medicine. Something wild hedgehogs don’t have access to.

Hedgehogs that live in areas with a lot of human disturbance are at risk of being killed by cars, dogs, or other predators. They are also more likely to contract diseases from humans or other animals.

The longest living hedgehog is 16 years old. This hedgehog was born in captivity and lived in a zoo. Hedgehogs in the wild typically live for 2-5 years. The oldest wild hedgehog on record was 9 years old.

Hedgehogs have a lifespan of around 5-7 years, though there are several factors that can affect how long they live. The most important factor is their habitat, as pet hedgehogs tend to live almost twice as long as wild ones.

Different species also have different life expectancies. Some can live up to 10 years, while others live for 4-7 years.

Can Hedgehogs Live For 10 Years?

Why Are Hedgehogs Lifespan So Short?

Wild hedgehogs have short lifespans because of the dangers of the wild, primarily predators. Many medium-sized predators prey on hedgehogs, as they’re generally easy to catch. This dramatically reduces their life expectancy.

Why Do Hedgehogs Only Live 5 Years?