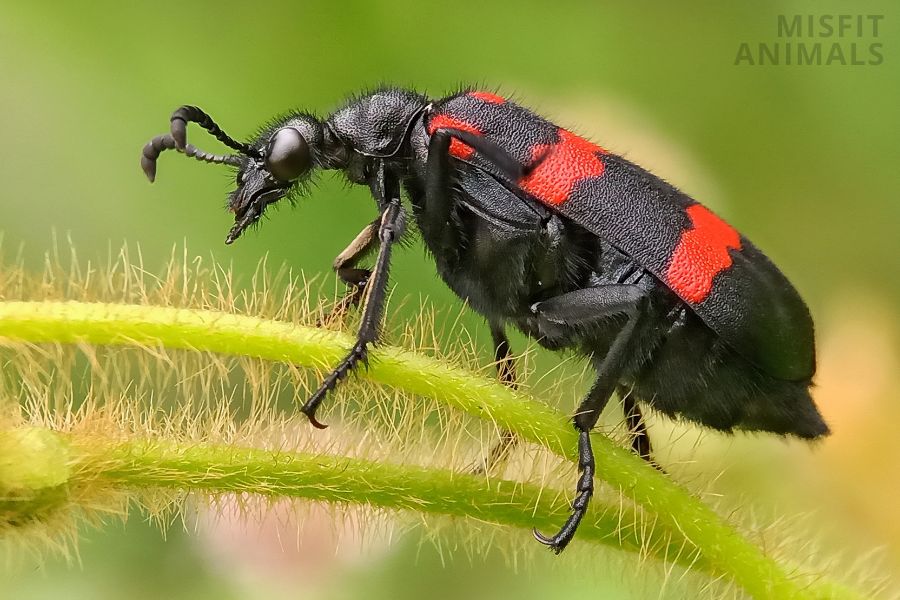 Seven of the most poisonous or venomous bugs in the world include the black widow, brown recluse spider, saddleback caterpillar, Arizona bark scorpion, blister beetle, and the Chinese red-headed centipede.

While there are certainly poisonous snakes around the world, they’re not the only dangerous animals out there. There is a whole world of poisonous and venomous bugs out there.

Many bugs can pose a threat to humans, and some of them are even poisonous.

Here is a list of dangerous and poisonous bugs found around the world:

The Black Widow is a poisonous spider found in many parts of the world[1]. Though its venom is not typically fatal to humans, it can still cause serious illness and death in some cases.

Symptoms of a Black Widow bite include pain, swelling, and nausea. In severe cases, the victim may experience muscle spasms and respiratory difficulty.

If you believe you have been bitten by a Black Widow, it is important to seek medical attention immediately.

There are different species of Black Widow spiders, but the most common found in North America is the Latrodectus mactans. This spider is easily identified by its black body and red hourglass-shaped mark on its abdomen.

Black Widows typically build their webs in dark, undisturbed areas such as garages, basements, and closets. Though they are not aggressive spiders, they will bite if they feel threatened.

The brown recluse spider is one of the most feared spiders in North America. It is a member of the Loxosceles genus, which contains about 100 different species of spiders.

The brown recluse spider is usually light to medium brown in color and has a dark brown violin-shaped mark on its back. The size of this spider varies depending on the species, but they are typically about 1/4 to 3/4 of an inch in length.

It is most commonly found in the Midwest and the Southern United States. These spiders are nocturnal hunters and will often build their webs in dark, hidden places like closets or under furniture.

While the spider is not aggressive, it will bite humans if threatened.

The brown recluse spider’s venom is very dangerous to humans. A bite from this spider can cause serious pain, swelling, and tissue damage[2]. In some cases, the venom can even cause death.

If you think you have been bitten by a brown recluse spider, it is important to seek medical help immediately.

The saddleback caterpillar is a caterpillar with an extremely irritating venom. It is a member of the arthropod family and its scientific name is Acharia stimulea.

The caterpillar’s poison is very potent and can cause death within minutes. The poison is mainly found in its hair, which is barbed and sharp. When these hairs come into contact with human skin, they release poison.

In extreme cases, the poison can cause severe allergic reactions, including anaphylactic shock, which can be fatal.

Treatment for exposure to the caterpillar’s poison includes immediate medical attention and the administration of epinephrine.

It is black with a white saddle-shaped mark on its back, often mistaken for a harmless fuzzy caterpillar.

The Arizona bark scorpion is the most venomous scorpion in North America and is found in the desert southwest of the United States.

This is a light brown scorpion that usually grows to be about 3 inches long. This type of scorpion is nocturnal, so it is most active at night.

The Arizona bark scorpion’s venom is potent and painful, but rarely fatal to humans. If you are stung by this type of scorpion, it is important to seek medical help immediately.

There is no specific anti-venom for the Arizona Bark Scorpion, but treatment can be given to help ease the pain and swelling.

These bugs are harmful to humans and animals because they contain a poison called cantharidin. This poison can cause irritation and swelling but is rarely fatal.

If you think you have been bitten by a Blister Beetle, seek medical attention immediately. Wash the area with soap and water to remove the poison. Apply a cool compress to the area to reduce swelling.

The centipede is the common name for any member of the arthropod class Chilopoda. They are elongated metamorphic insects with a pair of legs on each body segment.

Centipede venom is generally not fatal to humans, but it can cause severe swelling and excruciating pain. In some cases, it can even lead to tissue death.

The most dangerous centipede is the Scolopendra subspinipes, also known as the Chinese red-headed centipede. It is the largest centipede in the world, reaching up to 20 cm (8 inches) in length.

It is also one of the most venomous, capable of causing severe pain and swelling. In some cases, it can lead to tissue death.

Eastern Velvet Ants are one of the most poisonous bugs in the world. They are wasp-like creatures with venomous stings that legends say can kill cows (though this is not true). The Cow Killer is also known as the Red Velvet Ant, found in the eastern United States.

The venom of the Cow Killer is dangerous to humans and can cause severe pain and swelling. If you are stung by a Cow Killer, it is important to seek medical attention immediately.

The Cow Killer is a solitary creature, unlike other bees and wasps. They are often found in fields and meadows, where they hunt for prey.

Some of the most poisonous and venomous bugs in the world include the black widow, brown recluse spider, and saddleback caterpillar. These can all cause harm to humans.

Although some insects are poisonous, many aren’t. Insects can be a helpful part of our ecosystem and provide many benefits to humans.

Yes, some beetles are poisonous. The poison found in these beetles can cause irritation and swelling if it comes into contact with human skin. In severe cases, the poison can be fatal if ingested. The most common type of poisonous beetle is the blister beetle, which is found in North America. These beetles secrete a substance that can cause blisters on the skin. If the beetle is ingested, the poison can cause severe gastrointestinal distress.

Are There Any Poisonous Flies?

Yes, there are some poisonous flies. The most common type of poisonous fly is the assassin fly. These flies secrete a substance that can cause irritation and swelling if it comes into contact with human skin. In severe cases, the poison can be fatal if ingested.