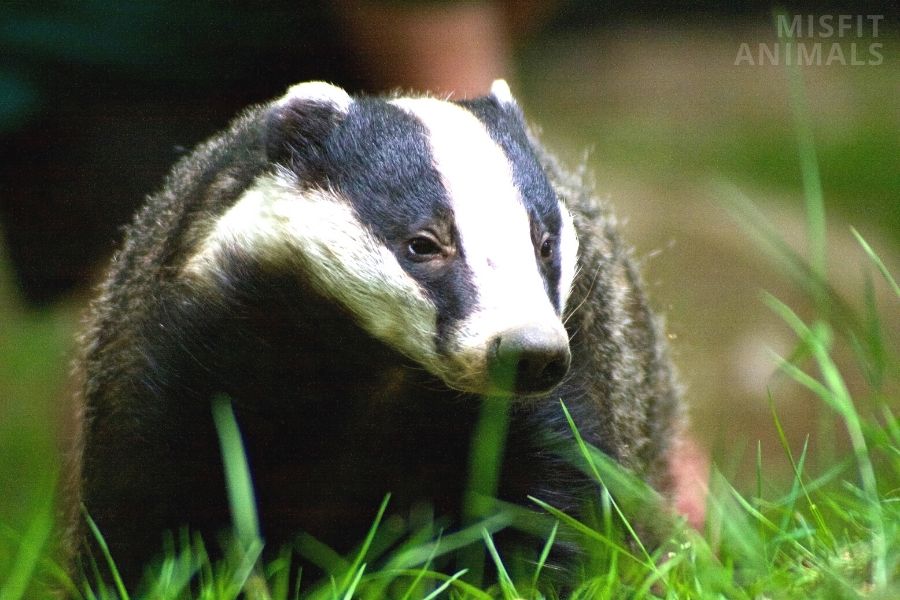 Most animals with stripes have evolved this adaptation to either hide from predators or from prey. In this case, the stripes are called camouflage stripes, as it helps the animal blend into its surroundings.

You may be familiar with a few of the world’s common animals with stripes, like zebras and tigers. But there are many more.

In this blog post, we’ll explore eleven different animals with stripes, and explain why they have developed this adaptation.

There are many different theories as to why animals have stripes, but the most common theory is that the stripes help the animal camouflage itself from predators or from prey.

Here are a few of the most common and unique striped animals:

Zebra stripes have been the subject of much research over the years[1]. Theories abound as to their function, with the most common being that they offer some form of camouflage or provide a means of social signaling.

The verdict is still out on which of these is the true function of zebra stripes.

One thing is certain, and that is that zebras are not the only animals with stripes. In fact, many animals sport stripes, including tigers, giraffes, and even some fish and reptiles.

The aardwolf is a small, brownish-grey hyena-like animal found in Africa. The aardwolf is the only member of the family Hyaenidae that does not hunt large prey. Instead, it feeds primarily on termites.

The aardwolf has a long head and body, but relatively short legs. It is about the size of a large dog, weighing in at 15-30 kg (33-66 lb). The aardwolf has a mane of long hair running down its back, and two stripes running from the corners of its eyes to the base of its tail.[2]

The stripes help keep them hidden from larger predators, and their dark color helps them blend into the night.

The aardwolf is a nocturnal animal, spending the days in burrows that it digs itself, or sometimes in the abandoned burrows of other animals. At night, it wanders through the savannah in search of termites, which it eats using its long, sticky tongue.

The bongo is a type of antelope found in woodlands in Africa. Their bodies are reddish-brown with white stripes, and they have horns that curve back from their heads. Bongo are shy animals and are active at night. They eat leaves, fruits, and flowers.

The scientific name of the bongo is Tragelaphus euryceros. It is a member of the family Bovidae, which includes cows, goats, and sheep. There are two species of bongo:

This donkey is smaller than its domesticated counterpart and has longer legs in proportion to its body. It is also distinguished by its striped coat, which is brown or black with white stripes running vertically down its back.

The African wild ass was once widespread across the Horn of Africa, but its range has declined drastically in recent years. The species is now confined to a few protected areas in Ethiopia and Somalia, with the main threats being habitat loss and hunting.

The African wild ass is a keystone species in the arid ecosystems of the Horn of Africa. They play an important role in dispersing seeds and maintaining the health of the vegetation in these ecosystems.

Okapi are a type of mammal closely related to giraffes. They are found in the wild in the Congo Basin of Central Africa. Okapi have a number of distinct features, including their striped hindquarters and long necks.

Okapi are shy and elusive animals, which makes them difficult to study in the wild[3]. However, they are a popular zoo animal, and there is a lot of information available about them.

They are herbivores, and their diet consists mainly of leaves and fruits. They are able to reach high branches with their long necks, and they use their split tongues to strip leaves from the branches. Okapi also eat a lot of grass, which helps them digest their food properly.

The badger is a member of the family Mustelidae, which also includes the otter, polecat, weasel, and wolverine. It is a stout-bodied animal with short legs, a long body, and a short tail. Badgers have black fur with white stripes that run from their shoulders to their rump.

This medium-sized mammal is nocturnal and spends most of its time in its setts, which are underground burrows. Badgers are solitary animals and only come together to mate. Male badgers are called boars, females are sows and young badgers are called cubs.

Badgers are omnivorous animals and their diet consists of earthworms, insects, small mammals, reptiles, birds, eggs, fruits, and vegetables. They are hunted for their fur and meat. Badger fur is used to make clothing and the meat is eaten.

The striped coat of the Greater Kudu is thought to provide camouflage in the animals’ natural habitat of woodlands and scrublands. The stripes are most pronounced on the animals’ hindquarters, with the front and back legs being striped vertically, while the flanks sport horizontal stripes.

Its coat color varies depending on the subspecies of Greater Kudu, but is generally a light brown or fawn, with white underparts.

The Greater Kudu is a shy and elusive animal, which makes it difficult to study in the wild. Scientists believe that they are generally peaceful creatures that live in small herds of up to 15 animals. The herds are usually made up of females and their young, with the males living alone or in small groups.

As their name suggests, coral snakes are brightly colored snakes often found in tropical regions. They are a popular pet due to their vibrant colors, but their venomous bite makes them dangerous to humans.

Most coral snakes are brightly colored, with bands of red, yellow, and black. This coloration is used as a warning to predators, as their venom is dangerous to many animals. The red and yellow bands are usually touching, giving the appearance of a continuous band.

The tiger is one of the most popular striped animals in the world. It is also one of the most dangerous. The tiger is a large cat and the largest member of the Felidae family. Tigers are predators that hunt their prey using their powerful claws and teeth. They are native to Asia and can be found in India, China, and Siberia.

The striped coat of tigers helps them blend into the surroundings of their natural habitat, making their ambush attacks more effective.

Tigers are apex predators, meaning they are at the top of the food chain. They have no natural predators and are only threatened by humans. Despite their apex predator status, tigers are endangered, and their population is declining. There are estimated to be less than 4,000 tigers left in the wild.

The tiger is a symbol of power and strength. It is also a popular animal in zoos and wildlife parks.

The Dascyllus, also known as the three-spot or black and white damselfish, is a genus of marine ray-finned fish in the family Pomacentridae. The approximately 30 described species are distributed throughout the Indo-Pacific region. They are small in size, with most species reaching a maximum length of 10 cm (4 in).

The body of a Dascyllus is laterally compressed and elongated, with a small mouth located at the end of a slightly protruding snout. The majority of Dascyllus species exhibit conspicuous coloration, typically displaying contrasting bands or spots of white and black.

Dascyllus are found in a variety of habitats, including coral reefs, lagoons, and seagrass beds. They are generally restricted to depths of less than 30 m (100 ft), with only a few species inhabiting deeper waters.

What’s The Most Common Striped Animal?

While there are many different striped animals, the most common one is probably the zebra. Zebras are native to Africa and can be found in a variety of habitats, from woodlands to grasslands. They are herbivores and their diet consists mainly of grasses.

How Many Stripes Does A Zebra Have?

It depends. A zebra’s stripes are unique, like a fingerprint, so no two zebras have exactly the same pattern. That said, most zebras have between about 200 and 300 stripes.